This recipe for Bourbon Pumpkin Cheesecake with Bourbon Sour Cream Glaze is one of the most amazing Thanksgiving Desserts you’ll ever try!

My daughter LOVES my Fluffiest Pumpkin Pie, AND she loves my blueberry cheesecake, too. She was TORN between which to ask for for her birthday dessert. And then, I remembered this cheesecake that I made for Thanksgiving, probably around 10 years ago.

“How would pumpkin cheesecake suit you, my dear?” I inquired. She thought it might just do admirably, and so, that’s what she got.

The review from my family: they all liked it very much. My son, who was sure he would hate it, since he hates pumpkin pie, has had 3 pieces so far, so I’d say it was a hit for him, for sure. It’s also my sister-in-law’s favorite, which quite possibly won me a place in her heart.

So, if you enjoy looking for and trying out recipes in advance for Thanksgiving, and if you love cheesecake, you might want to give this one a trial run at your house.

Make This a Day in Advance

As with most cheesecakes, you will need to make it the day/evening before you need it, to give it time to chill in the fridge overnight. (This is actually an advantage on Thanksgiving, I think: one less thing to make the day OF.)

The recipe I first found all those years ago through Gourmet magazine, and found it last week at epicurious.com.

I only modified it slightly. All three modifications were due to not having the ingredients on hand that the recipe called for. First, I didn’t realize that I was completely out of cornstarch (I substituted a scant 1/4 c. of flour instead, and that worked out fine) and I also had only about half the sour cream I needed for the glaze, so the glaze was spread thinner than I would have preferred, but it still ended up being just fine. I had no heavy cream, and so I substituted half and half in its place, and that worked out fine as well.

The recipe I’m giving you today is just as it appears on epicurious.com, but I’m letting you know that I had success even though I had to make a few modifications. 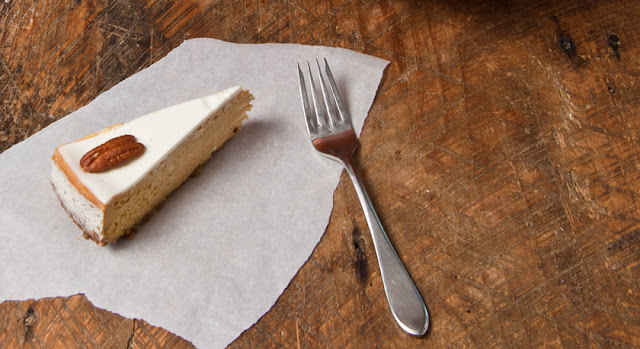 Don't forget: make this before the day you want to serve it. It's actually quite easy to throw together. 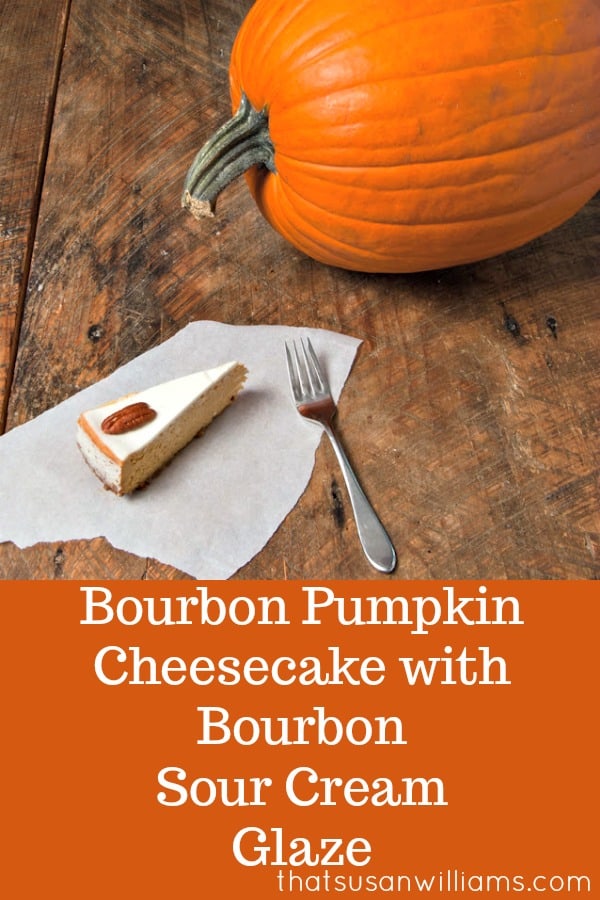 The perfect size for pinning on Pinterest! This recipe for Bourbon Pumpkin Cheesecake with Bourbon Sour Cream Glaze is one of the most amazing Thanksgiving Desserts you’ll ever try!

Made in a cast iron skillet, with a buttery crust, this gorgeous dessert is luscious, too. 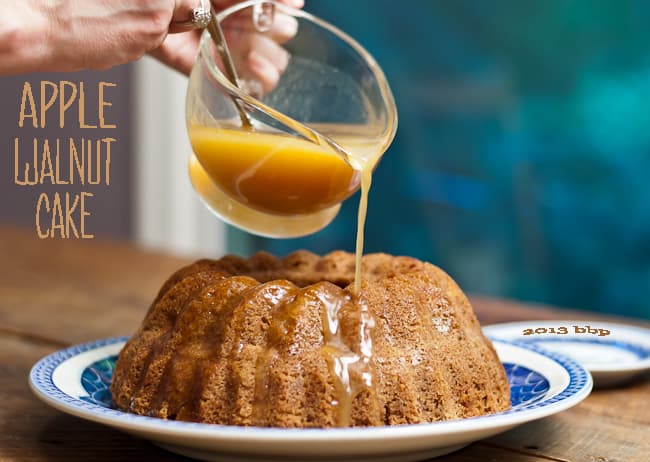 Made with whole wheat flour, but amazingly, beautifully moist, thanks to the apples, and the Warm Apple Cider and Brandy Sauce. 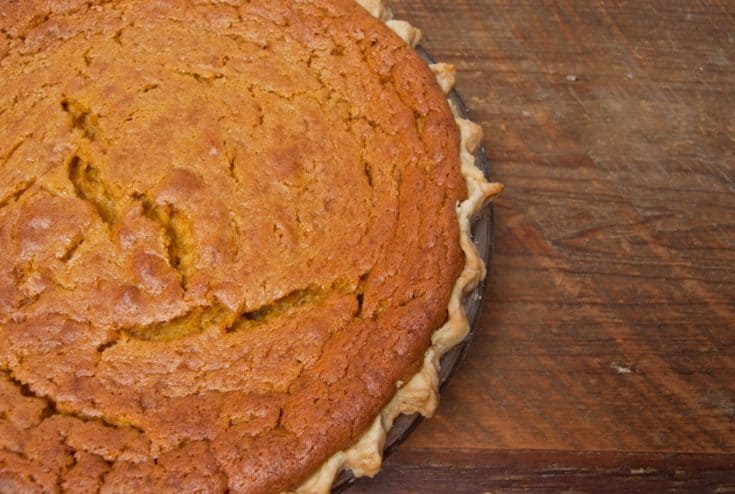 How to Make the Fluffiest Pumpkin Pie 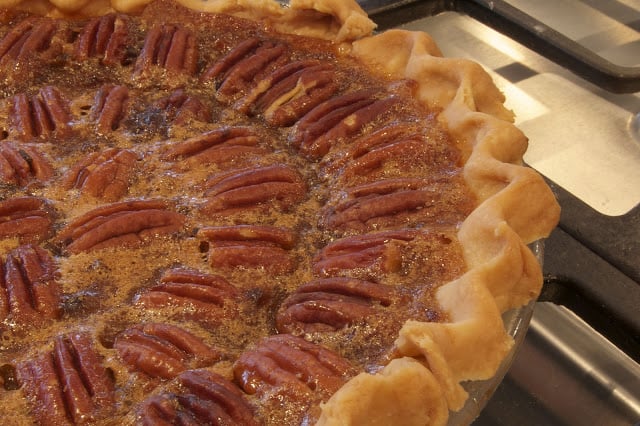 How to Make Old-Fashioned Pecan Pie

There's a secret ingredient that adds a beautiful depth of flavor, but you're going to have to read the post to find out what it is! 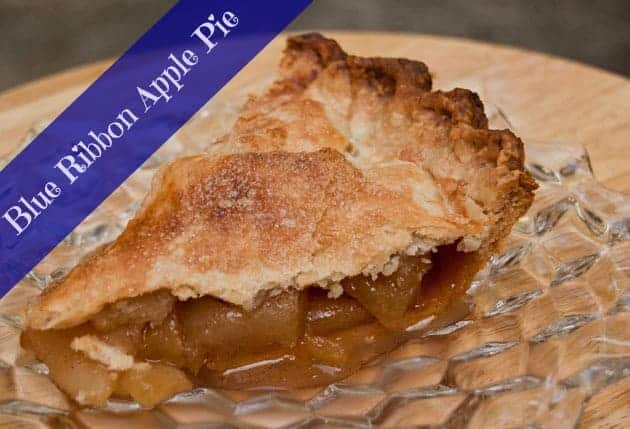 Apple Pie Recipe and the Winner of the Pie Crust Showdown

This is BETTER than your mom or your grandmother ever made. The height of simplicity, it's meltingly delicious. 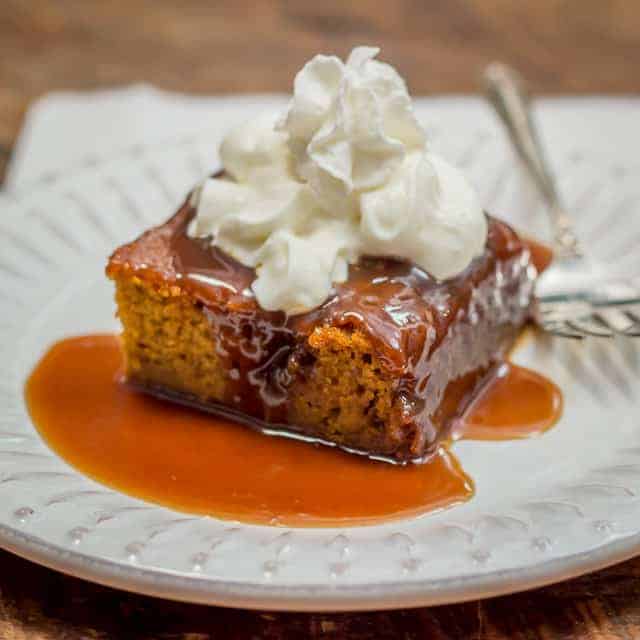 What happened when the favorite dessert of British childhood had a love child with the American Pumpkin Pie? Bliss.

It's definitely worth making. Would be really fun to make for a couple's potluck kind of dinner!

Ok Susan. I have chosen this recipe out of the 1000s that are out there. I’ll let ya know how it goes!! Sounds amazing.

I'm rooting for you, Mike! I hope you and yours will be delighted!

It is already making my mouth water. This cake is calling my name.

Is it still good without the bourbon?

I haven't tried it like that, Cheryl, but I imagine it would be. You could certainly substitute a flavoring or extract, like vanilla, I would think.

This sounds wonderful -- and especially nice that it can be made the day ahead.