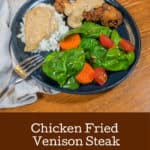 Chicken Fried Venison Steak, or as I like to think of it, Chicken Fried Bambi, is a delicious way to enjoy venison steak. At a hunter’s house, this is down-home good eats, but in today’s slightly snooty culinary world, I worry that simple down-home cooking, the way your grandma used to do it, is becoming a lost art. 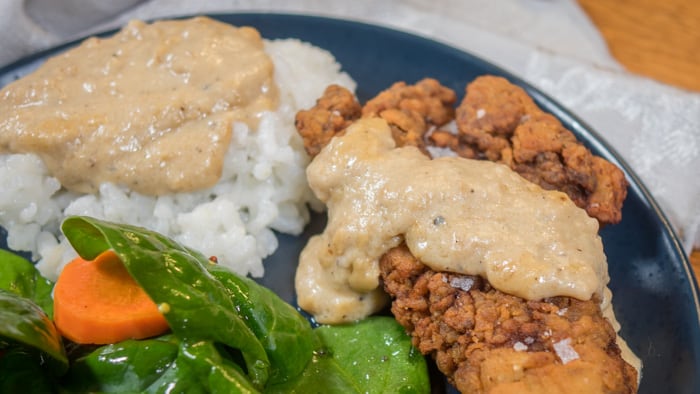 This is down-home cooking at its southern best!

Never fear. I am unapologetically  completely out of step with the times, and I do it almost effortlessly. I hope you’ll throw politically-correct caution to the winds, and give this crave-worthy,  southern-at-heart recipe a try.

What Does Chicken Fried Venison Steak Even Mean?

When I moved to Texas in my college years, one of the first cultural revelations for me was the Chicken Fried Steak they served at the Town Crier Restaurant, in Abilene, TX. The Town Crier was an affordable steak house for a completely broke college kid, IF you were willing to just say no to a REAL steak, and order a piece of chicken fried steak. Cheapest beef on the menu.

Basically, they took a tough, but delicious-in-flavor piece of  top sirloin, and pounded the bejeezus out of it, to tenderize it. Then they breaded/battered it, like you might a piece of chicken, and fried it. It was crisp, juicy beef, and it came with gravy, and they brought fresh hot bread to the table, and there was an all you could eat salad bar. It was a great change in pace from The Bean (our university’s cafeteria).

Now, I’m a still-completely-broke hunter’s wife, but venison we have in the freezer a-plenty, and we use it in just about any recipe that calls for beef.

This recipe, using venison, is one I’ve adapted from the recipe for Chicken Fried Steak they use at an absolutely classic honky tonk in Austin, TX : Broken Spoke. There, after you’ve gorged yourself on what they modestly call “the best chicken fried steak in town” (no small brag in Austin), you can work off your chicken fried steak doing the two step. If you can talk your significant other into cutting the living room rug with you following your dinner of Chicken Fried Bambi, well, good on ya, as they say.

But deliciousness? Oh, yes, my friends! And true southern comfort.

And maybe, if you’re not from Texas, and you visit there some day, you won’t be taken aback by seeing Chicken Fried Steak on the Menu. 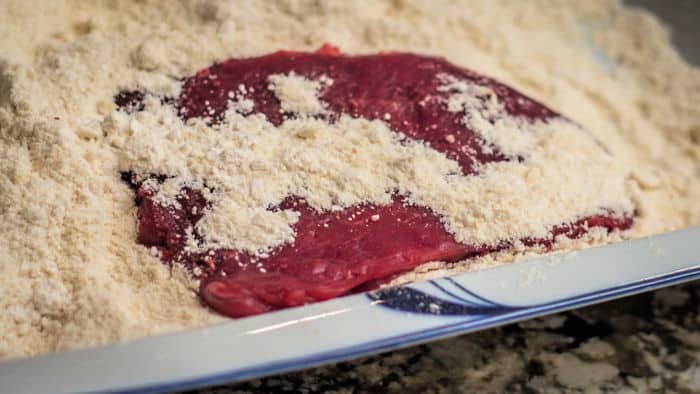 First, you bread the venison in flour and saltine crumbs, following which, it gets a dunking in a seasoned buttermilk and egg mixture.

After its baptism of buttermilk, the venison gets breaded a second time. The breading is adhering nicely now. 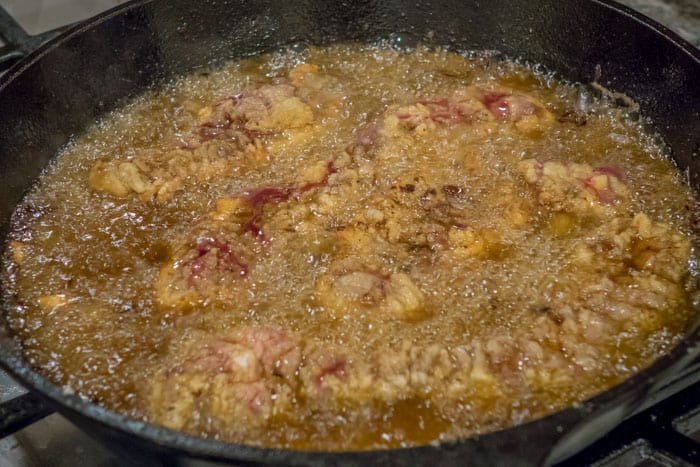 Chicken Fried Venison Browning Up Beautifully. So Politically Uncorrect. But if loving you is wrong…. 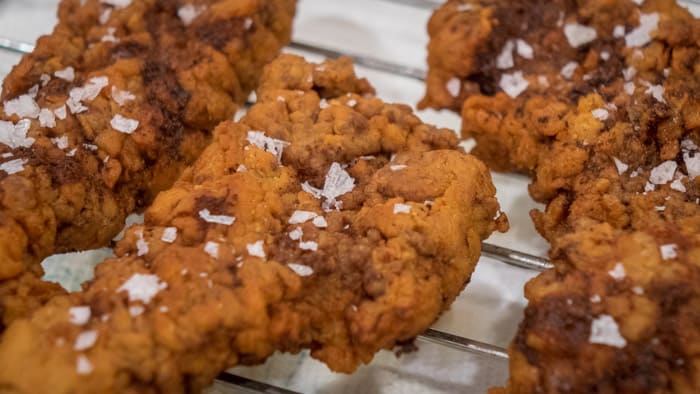 The venison’s been a-salted with finishing salt. No charges will be filed at this time.

And whatever you do, do NOT miss out on the gravy.

Making gravy is easy. YOU CAN DO THIS!!!

You’ll need a 1/4 c. of oil from the oil that you cooked the venison in. (Pour the rest of the oil out in a heat proof bowl, so you can dispose of it later.) That last 1/4  c. of oil  will have the meat drippings and the browned bits in it that will make your gravy simply divine. Stir the 1/4 c. of flour into your pan over medium heat (and I strongly encourage you to use your cast iron skillet for this) and stir it around in the pan with the oil, using a whisk. This is called “making a roux”. (pronounced “roo”)

This will accomplish two things: you’ll be cooking/browning the flour, so it won’t have a pasty taste, and your gravy will thus have a pretty color and a great flavor. And using a whisk will allow you to stir out all the lumps. Then you gradually add the milk, and continue stirring and cooking .

The Secrets to Making Great Gravy:

Look at you! YOU CAN 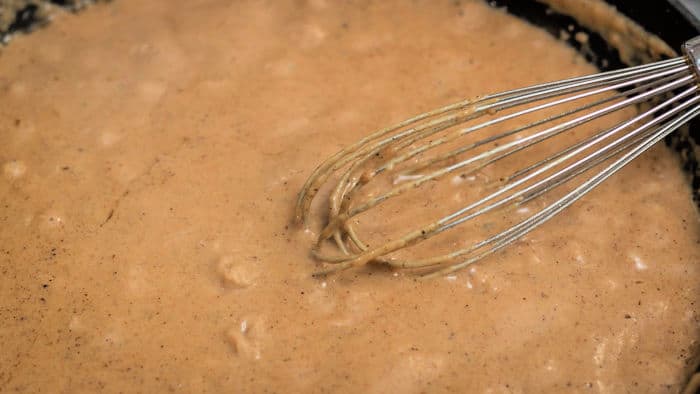 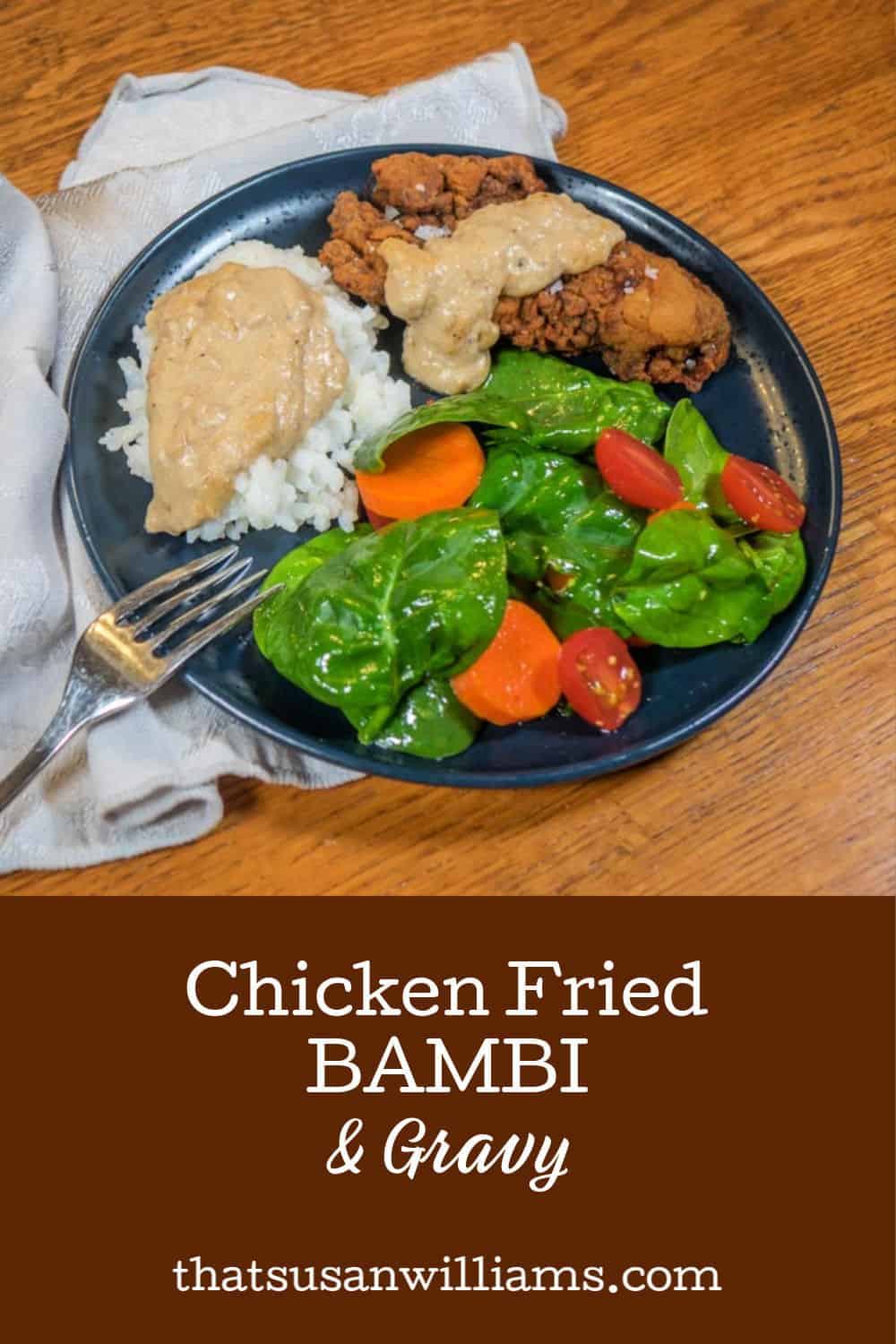 Pin this on Pinterest, so you’ll know where it is when you’re ready to cook this!

Our venison processor puts our venison ham steaks through a tenderizing process. You can do this yourself by pounding the meat with a meat tenderizing mallet.
We often serve this dish with rice, and put some of the gravy over the meat, and the rice.

I’ve got lots of other venison recipes here on my site. My Bambi Burgers with Caramelized Onions, for instance, are out of this world!!! Here’s a few more that I’ve put together, just for you! 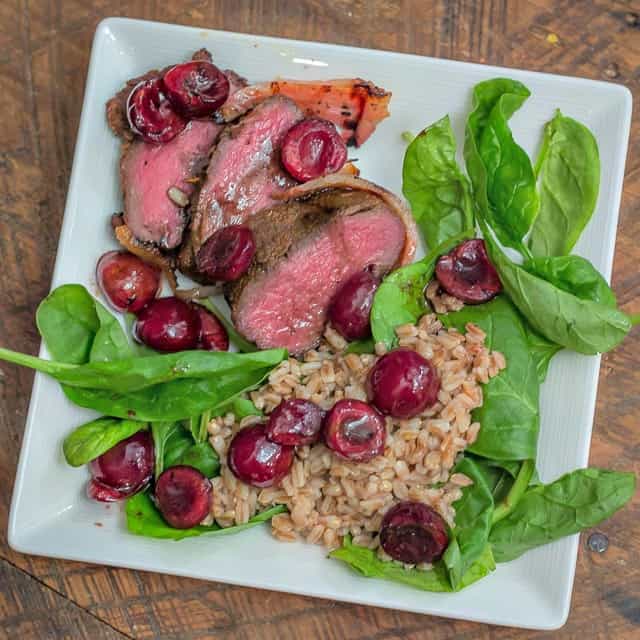 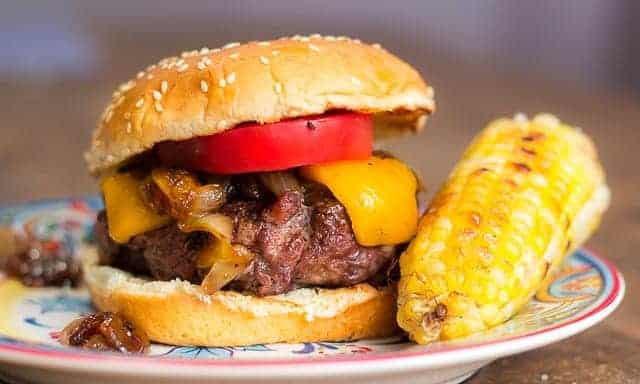 Yes, you can use this recipe with beef, as well. And it's AMAZING!!! 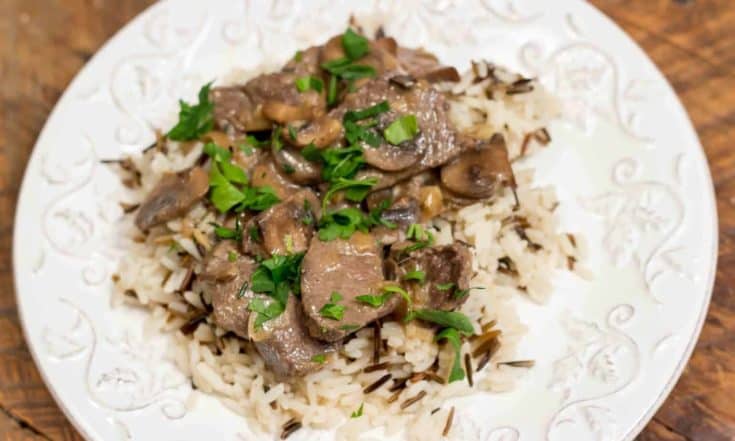 Pretty close to my Mom's favorite recipe to serve company: Beef Stroganoff on Wild Rice. But mine's made with Venison. 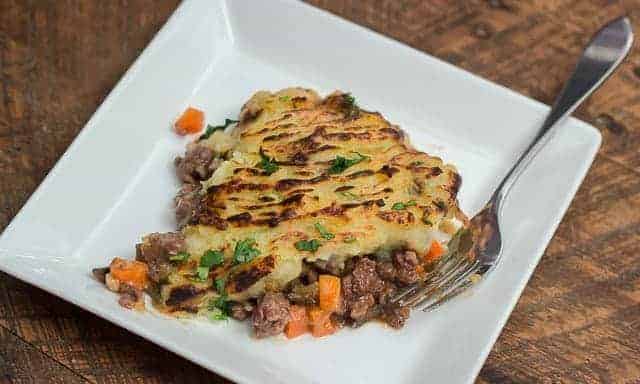 It doesn't have to be St. Paddy's Day for you to enjoy a delicious Shepherd's Pie. (Find out why I almost titled it Poacher's Pie.)

My husband and kids both love jerky. It's high in protein, and MUCH better than that junk you buy in stores. 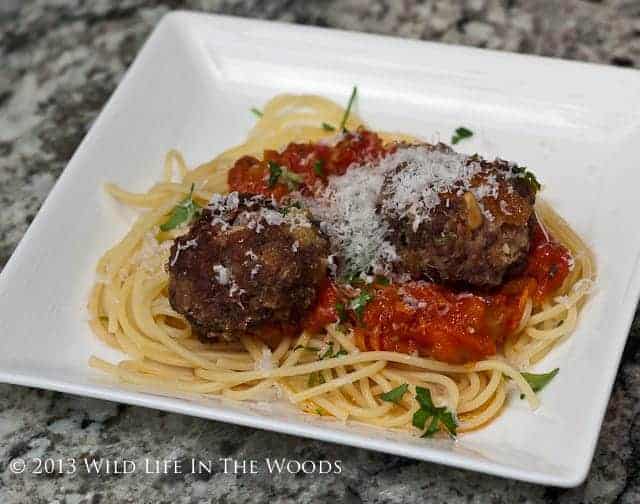 This is truly a gourmet, Italian recipe. You'll LOVE it! And yes, you can substitute beef, if you prefer.