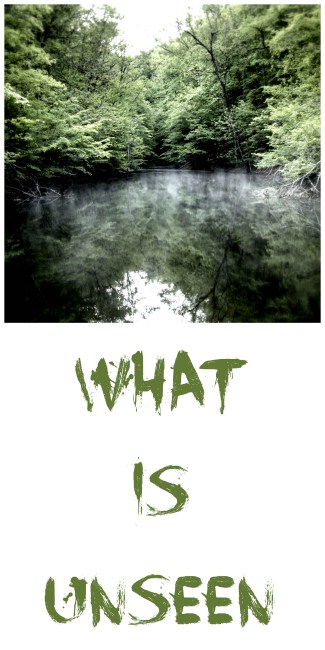 What lies unseen due to the fog? Underneath the surface of the lake? It’s hard to tell, isn’t it?

Shortly after I made my decision that my word for the year was going to be “trust”, the work-flow for my self-employed husband slowed from a trickle, to what’s known as a drought. Now, this probably shouldn’t have surprised me.

Long about then, I was reading in the book of Exodus, where God tells Moses to go tell Pharaoh to let His people go. So Moses assembles the leaders of the nation of Israelite slaves, and tells them that God has seen their misery and heard their cries, and is concerned about them. The people bow in worship to the Lord, and in regard to this idea that Moses go talk to Pharaoh, they basically say, “Sic ’em!”. They’re going to believe God. They’re going to trust Him, and His agent, Moses.

So, Moses goes and talks to Pharaoh, and performs miraculous signs to support his authority to make such a demand, that Pharaoh release his slaves to go into the desert, and Pharaoh says, “You think those whiners have had it rough so far? Just wait. Boy, you don’t KNOW from rough.” So then he tells the overseers and the slave drivers, “You know how those Israelite slaves have been making bricks with that straw that you’ve been providing them? Well, stop providing the straw. Make them go find their own straw. But they still have to make the same number of bricks. That’ll teach ’em  not to mess with me!”

Bricks, without straw, is kind of where we are now.

(I think this is possibly like that old saying you’ve heard where you learn to NEVER pray for patience, because if you do, God will surely stick you in a situation where you need nothing BUT patience,  worse than you’ve ever needed it before.)

Nevertheless, “trust” is my word for the year, and I’m sticking to it.

Because I know that “without faith, it is IMPOSSIBLE to please Him.” (Heb. 11:6)

And even though I already KNOW He loves me…and that there is nothing I can do to make Him love me more, even so, what my heart longs to do is please Him. Because He’s been so good to me! And because He WANTS me to trust Him! In the same way that I want my kids to trust me.

Which brings me to the topic of the rest of the post: What is seen, vs. what is unseen. And fixing my eyes on the UNseen. And what that has to do with trust.

Two stories that illustrate this well came to my mind. The first is the story of the prophet Balaam, and his ass. OK, his donkey. But I can never resist calling him “Balaam’s Ass”, because it makes me snicker. I’ve already recounted that story in fine form, here, on this blog, but it’s been a while, and I don’t remember exactly how I told it, so let me give you a quick synopsis of the story from the Bible. The Israelite nation has left Egypt, but not yet entered the promised land. They are presently camped on the border of the kingdom of Moab, and this has made the Moabite king quite nervous. (Understandably so. There were over 100,000 men of fighting age in the Israelite camp, not counting everybody else.) So, the king of Moab decides he might need a little supernatural help, to deal with this potential threat on his border.

The king of Moab goes and hires Balaam, a prophet he’s heard of, to curse them. But God appears to Balaam and tells him not to go with the king, and certainly NOT to curse Israel, because, as God describes Israel, “They ARE blessed“. Now, Israel had not yet entered the land God had promised them. In fact, they’d been wandering around in the wilderness for 40 years. And they weren’t particularly happy about that, either. Had they been interviewed, “blessed” is probably not the adjective that would have come to mind. After existing off of mana and the occasional quail for 40 years, “cursed”  might have sprung more readily to their lips.

But in the heavenly realms, where there is no time, Israel was in a present tense state of being blessed. Balaam decides that denying the king of Moab’s request to prophesy against Israel is just really tough, and keeps asking God to let him go with the king of Moab. God says, “OK”, but scripture says God is angry with Balaam. He sends his angel to stand in the road to oppose Balaam. Balaam’s donkey sees the angel, standing in the road with a sword, ready to kill them, so the donkey chooses the wise course, and veers off the road.

Balaam begins to beat the donkey, to get her back up on the road. After a couple more similar incidents, Balaam’s Ass begins to speak to him! (Oh, to have been a fly on that donkey’s neck!) She wants to know why her master Balaam is treating her so badly. And then, the Lord OPENS BALAAM’S EYES, and he sees the angel of the Lord, standing in the road with his sword drawn. (All this happens in Numbers, chapter 27.)

A king of Aram, who doesn’t like it that Elisha the prophet prophesies against him, sends an army to surround the city where Elisha and his servant are. The servant goes out the next morning, sees the army surrounding the city to do harm to himself and his master, and returns to Elisha and says, “Oh, my lord, what shall we do?” “Don’t be afraid,” the prophet answered. “Those who are with us are more than those who are with them.” And Elisha prayed, “O Lord, open his eyes so he may see.” Then the Lord opened the servant’s eyes and he looked and saw the hills full of horses and chariots of fire all around Elisha.

There are things in the spiritual realms that are just true. Even when we don’t see physical evidence of them, nevertheless, they are true. 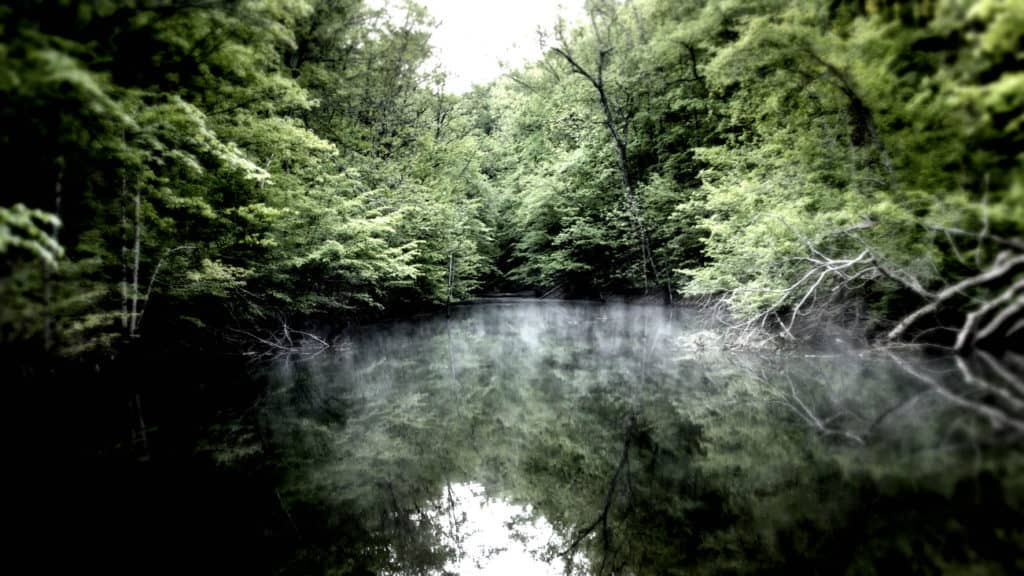 What is Unseen Might Be The Most Important Thing of All TO See.

So I said all that to say this:

I don’t know when paying work will arrive for my husband. We’re still in the tunnel, and if there’s a light at the end, not a ray has flickered back to us, yet. But while we wait,  I am choosing to do MY own work, (and work has really been starting to roll in for me, lately, on the blog) and to trust God, in the meantime.

I’m trusting the One who taught me to pray, saying, “Give us this DAY our daily bread.”

I’m trusting the One who said, “Do not worry about your life, what you will eat or drink, or about your body, what you will wear. Look at the birds of the air; they do not sow or reap or store away in barns, and yet your  heavenly Father feeds them. Are you not much more valuable than they?…Seek first his kingdom, and his righteousness, and all these things will be given to you as well.”

So…this is me…in the midst of my drought….speaking to anyone else who might be in the midst of their own drought. Whether it be a drought of financial provision. Or a hope, deferred. Or perhaps it’s a child you’ve raised, who’s making bad choices that are breaking your heart. Or a marriage that is not meeting your needs. Or a health situation that tempts you to despair.

I’m choosing to keep on trusting that my Father loves me, sees our need, and will lead and guide us. I don’t know why this is happening right now, or that there IS a “why”.  In any case, I’m choosing to trust. If you feel like praying for me, I’ll be glad to pray for you, too, while we make our bricks without straw. While our eyes search the horizon for what is unseen.

The Deliverer will come. And I believe He’ll have a smile in His eyes when He sees me. Because I’ve been watching for Him. Waiting to see Him.

Susan, your post touched me so much. Last year both my parents got sick and died. January 6-September 2 was spent driving 45 minutes each way to the hospital, rehab, their home, assisted living and I said 2 Cor 4:17 over and over coming and going. The Holy Spirit had it playing on a constant loop. Things that I saw went from bad to worse. I couldn't control one darn thing. I just had to trust God that what I was seeing and living at that time was temporary. And it was. And in spite of it all, there were blessings. Praying for you as you trust God in this temporary situation. Cathy My recent post Four Reasons You Need To Know CPR

Wow, wow, Susan... this was the word of God to me today. You really can't have any idea how much I needed to read exactly this. Thank you!

Thank you! Needed to hear that right now!

Beautiful and encouraging! Thank you, Susan. I'll be praying for provision in your brick-making.

Oh Susan, I needed to read this tonight! Thank you!