When it comes to reading the Bible, in general, I’m an NIV girl. (That’s the New International Version, for all you non-jargonized readers. And, by the way, if you are among the non-jargonized, I’m over the moon delighted you’re here, reading this. Welcome!) I tend to go for the NIV because it was presented to me when I was younger as a very reliable translation, and so…it’s the version I own.

But this morning, I read this chapter of Isaiah in a version of the Bible called The Message. Every once in a while I’ll open up this paraphrased version of the Bible, not because it’s a particularly good translation, but because sometimes it’s a shock to my system (in a good way) to hear scripture put into a more modern choice of words. It comes alive for me in a new way. 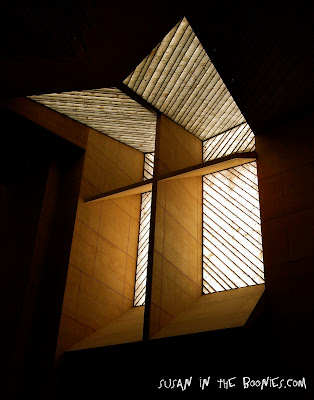 So, if you will, please read this chapter in the words of The Message, and maybe you’ll see Jesus in a way you haven’t seen Him lately. Remember, Isaiah wrote this around 700 years before the Messiah ever showed up. God’s plan to reconcile man to himself in a most unlikely way was revealed way back then. In the words of The Message: “Who would’ve thought God’s saving power would look like this?” The Servant that God would send would be rejected by the ones to whom He would be sent. He came to His own, but His own received Him not.

But it was in that rejection, in that suffering, that God’s mighty power to save and draw all men to Himself was revealed.

In the words of Charles Wesley: “Amazing love! How can it be that thou, my God, shouldst die for me?”

13-15“Just watch my servant blossom!
Exalted, tall, head and shoulders above the crowd!
But he didn’t begin that way.
At first everyone was appalled.
He didn’t even look human—
a ruined face, disfigured past recognition.
Nations all over the world will be in awe, taken aback,
kings shocked into silence when they see him.
For what was unheard of they’ll see with their own eyes,
what was unthinkable they’ll have right before them.”  1 Who believes what we’ve heard and seen? Who would have thought God’s saving power would look like this?

2-6The servant grew up before God—a scrawny seedling,
a scrubby plant in a parched field.
There was nothing attractive about him,
nothing to cause us to take a second look.
He was looked down on and passed over,
a man who suffered, who knew pain firsthand.
One look at him and people turned away.
We looked down on him, thought he was scum.
But the fact is, it was our pains he carried—
our disfigurements, all the things wrong with us.
We thought he brought it on himself,
that God was punishing him for his own failures.
But it was our sins that did that to him,
that ripped and tore and crushed him—our sins!
He took the punishment, and that made us whole.
Through his bruises we get healed.
We’re all like sheep who’ve wandered off and gotten lost.
We’ve all done our own thing, gone our own way.
And God has piled all our sins, everything we’ve done wrong,
on him, on him.
7-9He was beaten, he was tortured,
but he didn’t say a word.
Like a lamb taken to be slaughtered
and like a sheep being sheared,
he took it all in silence.
Justice miscarried, and he was led off—
and did anyone really know what was happening?
He died without a thought for his own welfare,
beaten bloody for the sins of my people.
They buried him with the wicked,
threw him in a grave with a rich man,
Even though he’d never hurt a soul
or said one word that wasn’t true.
10Still, it’s what God had in mind all along,
to crush him with pain.
The plan was that he give himself as an offering for sin
so that he’d see life come from it—life, life, and more life.
And God’s plan will deeply prosper through him.
11-12Out of that terrible travail of soul,
he’ll see that it’s worth it and be glad he did it.
Through what he experienced, my righteous one, my servant,
will make many “righteous ones,”
as he himself carries the burden of their sins.
Therefore I’ll reward him extravagantly—
the best of everything, the highest honors—
Because he looked death in the face and didn’t flinch,
because he embraced the company of the lowest.
He took on his own shoulders the sin of the many,
he took up the cause of all the black sheep.  (Isaiah 52:13-53:12, The Message)

I’m that black sheep. And so are you. He took up our cause.

I think Hebrews 12:2 gives us a pretty good hint:
“Let us fix our eyes on Jesus, the author and perfecter of our faith, who for the joy set before him endured the cross, scorning its shame, and sat down at the right hand of the throne of God.” 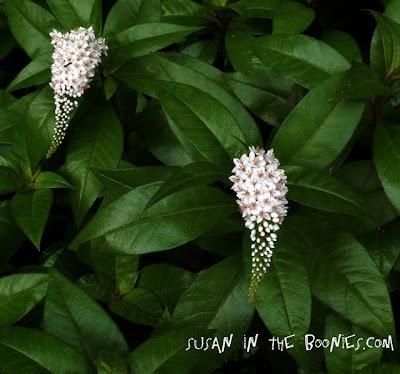 Thank you, Jesus, for loving me, and for taking the punishment that I deserved, and in so doing, making it possible for me to be reconciled with a holy God. Thank you for enduring that suffering, for the joy set before you. Thank you for counting a future with me, with us, as “joy”.

Palm Sunday is ahead of us. My wish for us is that we will be drawn closer to Jesus than ever before.

I'm with you on the NIV, but the Message is great for devotional reading. Thanks for this lovely reminder as we look toward Palm Sunday and Holy Week, as they call it here.

So fitting that it be in Spring...

I am a King James version man myself, but Isiah is so darned tough in that version. This made things very clear and beautiful. Thanks.

That was just beautiful, Sooze. Thank you.