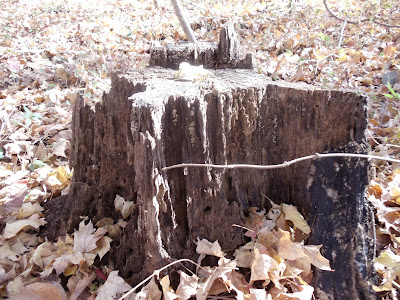 OK, I am totally loving the title I chose for today! Hopefully, by the end of this post, you’ll understand why.

In the Bible Study I have been participating in, we have been studying the book of Isaiah, and every once in a while, I like to share a few of the nuggets I’ve gained from participating in this study. What I learned last week tied in so beautifully with a video that I also saw last week on youtube, and I REALLY REALLY want you to have an opportunity to watch that video, but I would love to set it up for you, a bit, and allow you to look at it through the lens of some verses that came alive for me through my study.

Last week in that study, we were reading Isaiah chapter 11, which talks about the shoot that will come up from the stump of Jesse, and that from Jesse’s roots, a Branch will bear fruit. The united kingdom of Israel that existed under Saul, David, and Solomon was long gone. Israel had been divided into a northern kingdom, Israel, and the southern kingdom, which contained the city of Jerusalem, called Judah. God had promised David that He would establish David’s throne forever, yet the kingdom was divided. And Isaiah was correctly prophesying that things were only about to get worse, because the kingdoms of Assyria and Babylon were about to sweep in destroy both Israel and Judah, and most of their inhabitants would be carried off to live in exile in Assyria, and later, in Babylon. Did this make God’s promise to King David to establish his throne one big lie?

“No!” comes the resounding response from God, as spoken through the prophet Isaiah. Even though the tree of Jesse (the previously united kingdom of Israel) appears to have been cut down, and to be nothing but an old dead stump, God promises to remember and make good on His promise to David, by bringing life from an old, dead stump. This goes against what we know of nature in general, in regard to most trees that have been cut down, but God promises a miracle of rebirth, and the rebirth will come from His servant, the Branch. And, not only will there be a Branch, but this Branch will bear fruit! Glorious fruit. And we, who are connected to that Branch, whose name is Jesus, are that glorious, promised fruit.

Read these verses from Isaiah chapter 11, then, with those thoughts in mind, and take note of the character of our coming King, who is from the line of David:

He will not judge by what he sees with his eyes,
or decide by what he hears with his ears;
4 but with righteousness he will judge the needy,
with justice he will give decisions for the poor of the earth.
He will strike the earth with the rod of his mouth;
with the breath of his lips he will slay the wicked.
5 Righteousness will be his belt
and faithfulness the sash around his waist.

What a wonderful King the prophet Isaiah was describing. This King was being promised by God, to give Israel hope in the midst of the suffering she was about to endure.

Now read about the peace that will characterize His Kingdom, in verses 6-10:

6 The wolf will live with the lamb,
the leopard will lie down with the goat,
the calf and the lion and the yearling together;
and a little child will lead them.
7 The cow will feed with the bear,
their young will lie down together,
and the lion will eat straw like the ox.
8 The infant will play near the cobra’s den,
the young child will put its hand into the viper’s nest.
9 They will neither harm nor destroy
on all my holy mountain,
for the earth will be filled with the knowledge of the LORD
as the waters cover the sea.

10 In that day the Root of Jesse will stand as a banner for the peoples; the nations will rally to him, and his resting place will be glorious.

So, the words that kept playing through my mind, as I watched this video, were:

“The earth will be filled with the knowledge of the LORD
as the waters cover the sea…his resting place will be glorious.”

And now, on to the video that I happened onto on an internet forum in which I participate. It was billed as a “Random Act of Culture”. I love that! But to me, it was even more. It was a glimpse into some of the lyrics you’re about to hear:

Just a glimpse, perhaps, into your future: into a glorious age yet to come.

Grab your hankies, and enjoy! And take hope, my friends! Take hope! If we belong to the Branch, we have a hope, and a future!

Oh, and by the way, in case you haven’t heard, you can vote for me (if you’d like to) in the Homeschool Blog contest. Here’s a link. My blog was nominated for Best Encourager. Me and 60 other people. Click on the Best Encourager link. Go to the bottom of that page, and vote for “Wildlife in the Woods”. And if that video I posted today doesn’t encourage you, I don’t know what will! Love you guys! Thanks for the beautiful comments you have left on that page as well! Wow! They blow me away!

Susan- this is beautiful! thanks for your inspiration from scripture to go along with this burst of inspiration! I enjoyed both immensely!

That is awesome. I found a video of a shopper on that was caught by surprise during the event in the video. She has an interesting perspective. https://youtu.be/Ab8QzT-ziw4

I want to be in a flashmob!Too bad I can't sing or dance.I wondered what the choirs' buttons said, but it was probably the same thing as the signs at the end.So much more powerful than if the choir was all lined up in robes.