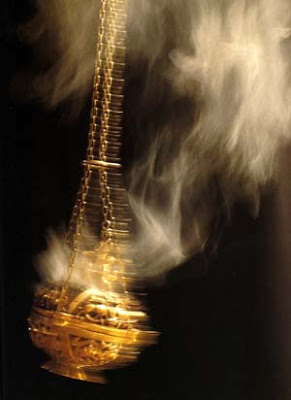 Today’s post really piggybacks onto Monday’s post, “Never Give In”, so not to discourage you from reading this one if you HAVEN’T read that one, but I think what I want to say today will be more meaningful to you if you have read and meditated on the first half of Psalm 132. Just sayin’.

So, today I’m going to try and tackle the second half of Psalm 132. If you will remember, David had tried to bring the Ark of the Covenant back to Jerusalem, but had hit a literal bump in the road with the whole ugly Uzzah incident, and now, was ready to come back and try again, doing things in the way that God had already said they ought to be done (with the priests carrying the ark on poles, like they were supposed to).

To rightly understand this psalm, Beth Moore says in her book, “Stepping Up: a journey through the Psalms of Ascent”, that you have to look on this psalm as a dialogue between David and his Maker. That is, that the first half is the cry of David’s heart, and the second half is God’s answer to David’s prayer. In the first half, David asks the Lord to remember him, and all the hardships he has endured, and to not reject the one that God Himself chose to be anointed (that would be David). So, here, in the psalmist’s words, is the second half of Psalm 132 (verses 11-18):

The Lord swore an oath to David,
a sure oath that he will not revoke:
“One of your own descendants
I will place on your throne –
if your sons keep my covenant
and the statutes I teach them,
then their sons will sit
on your throne for ever and ever.”

For the Lord has chosen Zion,
he has desired it for his dwelling:
“This is my resting place for ever and ever;
here I will sit enthroned, for I have desired it –
I will bless her with abundant provisions;
her poor will I satisfy with food.
I will clothe her priests with salvation
and her saints will ever sing for joy.

Here I will make a horn grow for David
and set up a lamp for my anointed one.
I will clothe his enemies with shame,
but the crown on his head will be resplendent.”

So, the first thing is: do you get the wonder of the concept that not only did God hear David’s prayer, but God talked back to Him.

Can you imagine what that would be like? If every time you prayed, you got immediate feedback? Picture it. You’re on your knees, in your little prayer closet.

“Dear Father, I ask you please to guard and protect my children’s hearts, that they might never stray too far away from you. “

And all of the sudden, the closet door bursts open, and an angelic messenger with a notepad in his left hand, and a pencil tucked behind his ear leans in your closet and says, “God says He’ll get right on that, and for you to not worry your pretty little head over that for one more second. Now, what’s next? Hey! As long as I’m here, I see you’re running about a quart low on peace and joy. Want me to top off the old tank?”

Wouldn’t that be loverly? A girl can but dream….

Still and all, despite my digression into the fanciful, I DO think that God really DOES talk back to us when we pray. It just generally isn’t quite so clear cut for me as Michael’s Messenger Service Divine would be.

I think He talks back to me when I read His Word, and I think His Spirit speaks inwardly to my spirit, if I take the time to give Him a chance. So, that’s where prayer and the study of His Word washes me out on the inside so that I can hear Him better.

David really WAS the Lord’s anointed: the one God chose to be king over the nation Israel. And God really did have a message for him. But the beauty of this whole psalm is that while the answer WAS for David, it was so much more than that. In Ephesians 3:20, Paul says that God is able to do “immeasurably more than all we ask or imagine”, and that was certainly the case here, with David’s prayer.

Let’s look at it a little more closely.

“The Lord swore an oath to David,
a sure oath that he will not revoke.”

God says: “Have no fear, David, that I am going to reject you, my anointed one. I swore an oath. I don’t go back on My promises.”

“One of your own descendants
I will place on your throne –
if your sons keep my covenant
and the statutes I teach them,
then their sons will sit
on your throne for ever and ever.”

Did David’s sons keep God’s covenant and statutes? Not so much. And God did allow them to go into captivity. But God remembered David, in ways that David at the time could never have understood. David was thinking (as you and I tend to think when we take a request to God in prayer) of the here and now. God’s plans were beyond David’s wildest dreams, and involved the salvation of not only Israel, but of the entire world, for as many who are willing to receive it.

“For the Lord has chosen Zion,
he has desired it for his dwelling;
This is my resting place for ever and ever;
here I will sit enthroned, for I have desired it.”

Historically speaking, Jerusalem had not always been the capital city of Israel. In fact, David had just conquered it in the chapter before the bringing back of the Ark of the Covenant. Saul, the first king of Israel, hadn’t occupied it. So, in conquering the fortress of Zion, and calling it the City of David, in building his palace there, and in bringing back the Ark of the Covenant there, David was doing a new and radical thing, but God is telling David here: “You’ve done GOOD, son, in choosing Jerusalem. You’re not the only one who has desired it to be my dwelling place – I have, too.” And really, as a side note, I think we should never underestimate what Jerusalem means to God.

“I will bless her with abundant provisions;
her poor will I satisfy with food.”

These are all things that an earthly king would be concerned about. David wanted his new capital city to fare well. But in God’s answer to David, there is also an answer that leaps over the immediate, temporal needs – the hills in the foreground, if you will. And extends across time to the inhabitants of the kingdom of God in the future – the more distant hills in the background of the picture.

“I will clothe her priests with salvation,
and her saints will ever sing for joy.”

In the New Testament, the followers of Jesus are called a kingdom of priests. And truly, we have been clothed with salvation through the righteousness of Christ, and have more reason to sing for joy than anyone.

“Here I will make a horn grow for David
and set up a lamp for my anointed one.
I will clothe his enemies with shame,
but the crown on his head will be resplendent.”

A horn, in the Old Testament, was apparently a symbol of strength. And all these images are fulfilled in Messiah Jesus, the anointed one (for that is what Messiah means). His strength is eternal, His kingdom will last forever, He is the light of the world and He Himself is the lamp in heaven. Our enemy death was defeated at the cross through the empty tomb, and in Revelation, when John sees Him, on His head are many crowns.

So, here’s my point. Our prayers, rising up to Him like incense, are indeed the holy smoke – a fragrance pleasing to God. And He DOES answer them. In fact, I believe He delights in answering them. But as with King David, not always in the way or with the timetable that we might imagine or desire.

But how can He answer them, if we’re not praying them? (That question I’m posing directly to myself, but if the shoe fits, I’ll loan you my pair.)

God was pleased with David’s desire to honor God above all things. He took great joy in answering David’s prayer in ways that would have been incomprehensible to David at that time. Besides, David had other God-given fish to fry: things that God wanted done for His people Israel at that time. But to us, who view God’s answer from the distance of time, who have been blessed to see the coming of the Messiah, and the establishment of His church on earth – Wow!!! Can you even believe the scope of God’s answer???

“Oh, the depth of the riches of the wisdom and knowledge of God!
How unsearchable his judgments,
and his paths beyond tracing out!”” (Romans 11:33)

For what it’s worth, here’s my version of the rest of Psalm 132:

The Covenant Maker and Keeper swore an oath to David;
a promise He will never abandon:
“David, one of your descendants will be My Anointed One,
who will sit on the throne forever”.

God has chosen Jerusalem –
He has desired it for His home forever.
He will bless its food and satisfy its needy with bread.
He will clothe its inhabitants, who will be priests, with salvation.
Its godly people will shout with joy!

Jesus Himself will be the sign of God’s strength.
God’s anointed One will be a lamp providing light for the world.
His enemies will be ashamed
but His crown will be glorious.

So, as you ponder the wonder of God’s answer to David’s prayer through the lamp that He set up through Messiah Jesus, be encouraged to let your prayers to Him be like incense. Time to send up a little Holy Smoke. And know that He hears your prayers. And watch for His answers. Answers that come out of the depths of the riches of His wisdom and knowledge.

I loved this post. It's something I have been pondering myself for quite awhile now. I never cease in praying, knowing He may not answer me in the way I expect. I love the way you put it into words here in your post!