Last weekend, I attended the 5th Annual Southern Artisan Cheese Festival, in Nashville, TN. The Cheese Festival was hosted this year at Rocketown, in downtown Nashville, on 4th Avenue South. It was my first year to attend this delicious event, organized by Kathleen Cotter, of  The Bloomy Rind, a cheesemonger whose store has locations at Porter Road Butcher, at both the East and West locations, in Nashville. 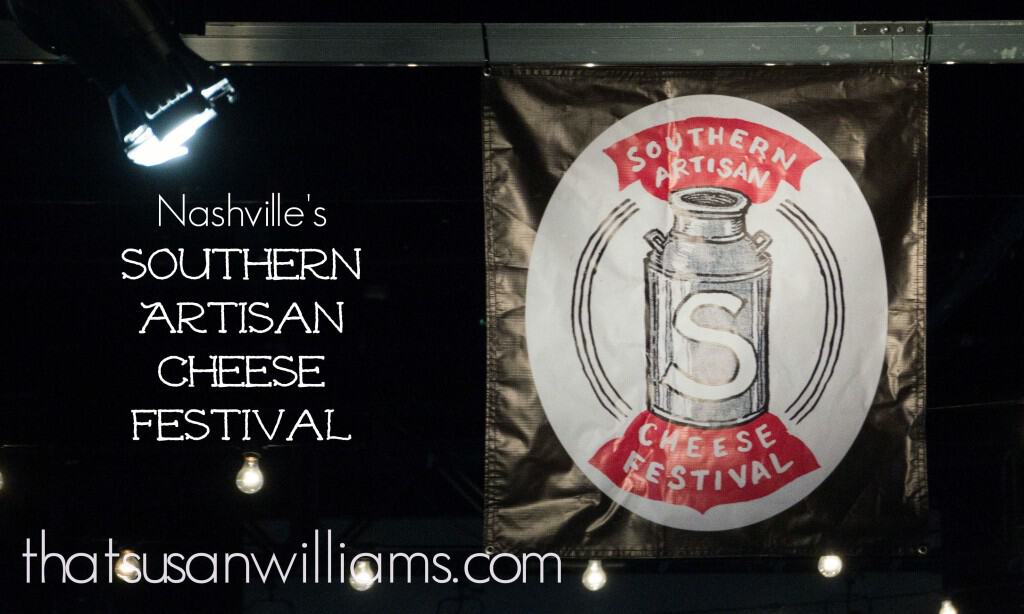 Nashville’s Southern Artisan Cheese Festival is an event I can wholeheartedly recommend!

I asked Kathleen how she had gotten herself into the cheesemonger business, and she said that after the economy took a downturn, she asked herself what her passions were, and they basically came down to two things: cheese, and chocolate. I knew immediately that Kathleen was my sister from another mister, having decided that very thing myself, back when I lived in Switzerland for a couple of years. Having identified her passions, she developed her business idea, around 10 years ago. Five years later, the idea came to her that a gathering was needed for people who shared that love: a gathering for cheese-makers who pasture raise their animals, who eschew antibiotics, and who sustainably produce their products, as well as for consumers and connoisseurs who value these types of artisinally produced products. And thus, the Southern Artisan Cheese Festival was born. 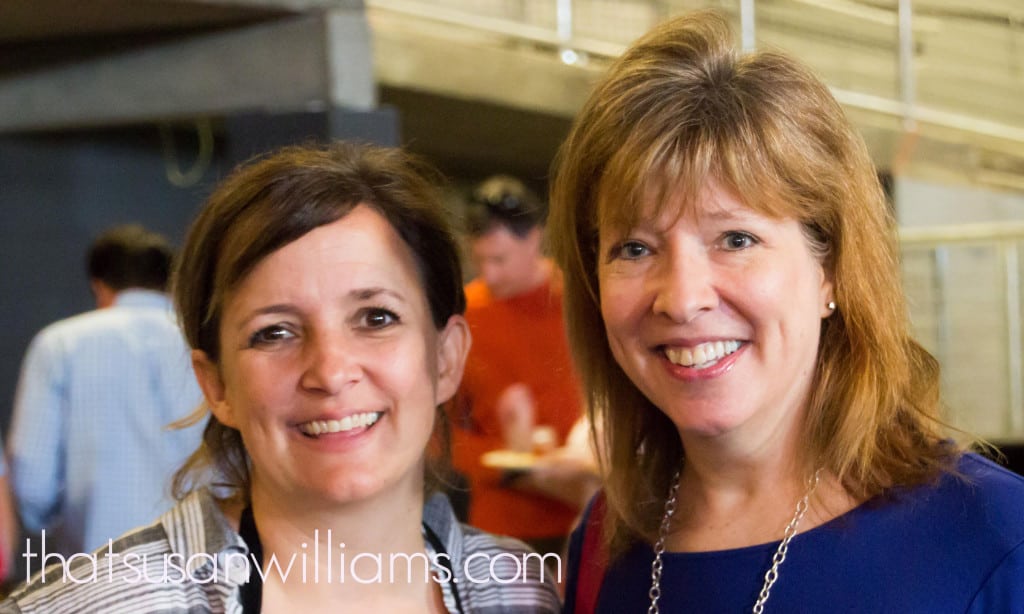 Kathleen Cotter, owner of The Bloomy Rind, and the hard working organizer and hostess of the Southern Artisan Cheese Festival. 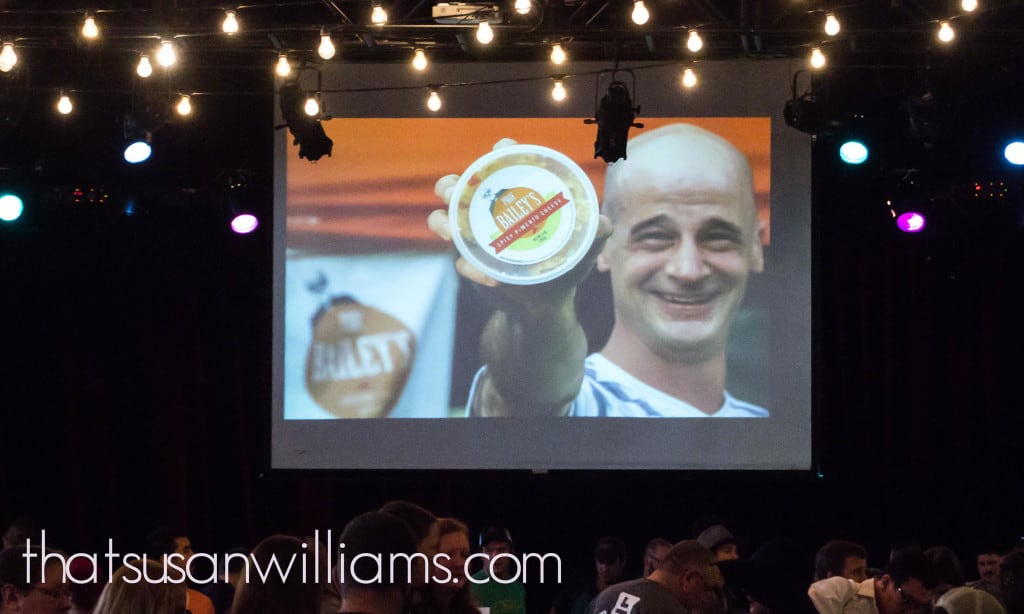 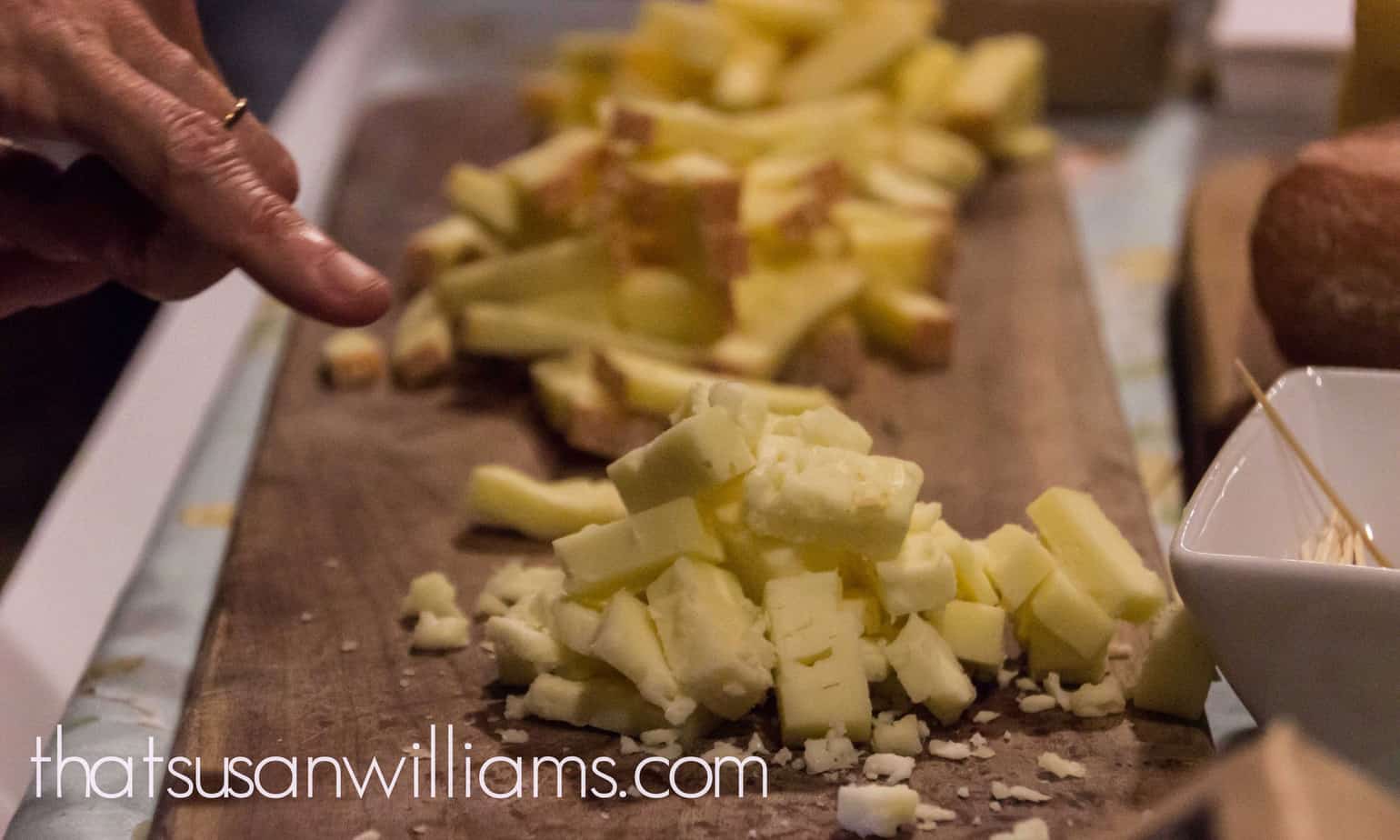 Not my finger. But welcome to all the cheese you care to get YOUR fingers on! 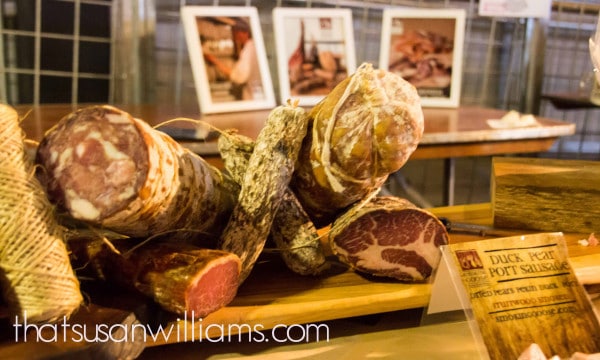 I have a deep and abiding love for charcuterie (dried meats and sausages) as well, and there were several purveyors of charcuterie present, as well. I thought I’d give a special mention to The Smoking Goose of Indianapolis, IN, for their unique, beautiful display and absolutely delicious products! 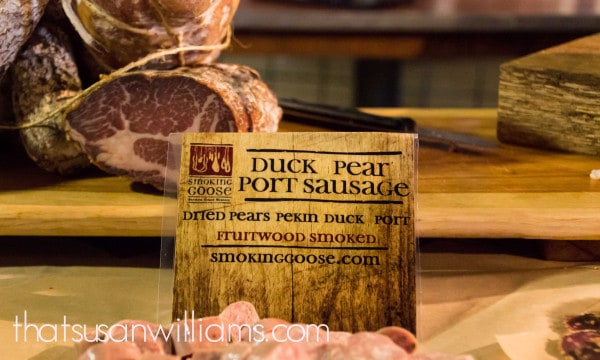 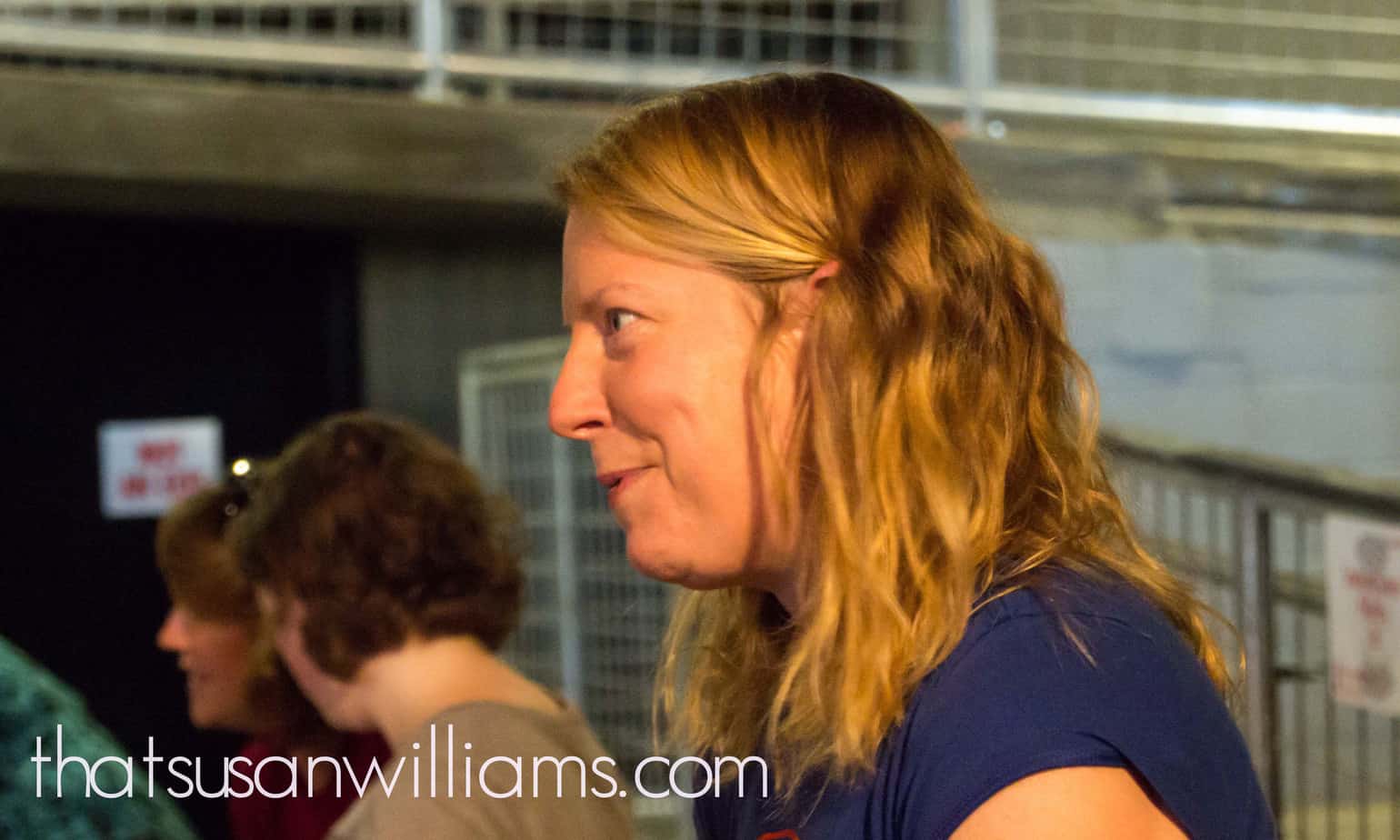 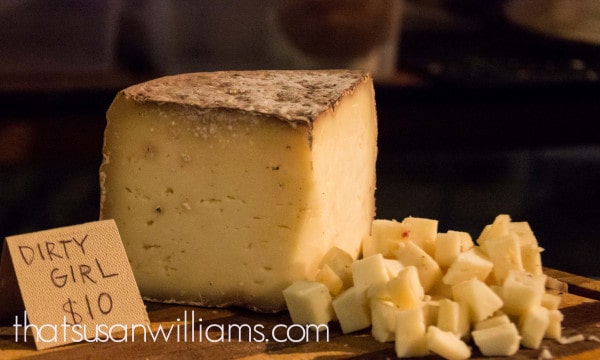 Don’t tell me you wouldn’t like a little Dirty Girl! And where else would she come from, but Prodigal Farm? 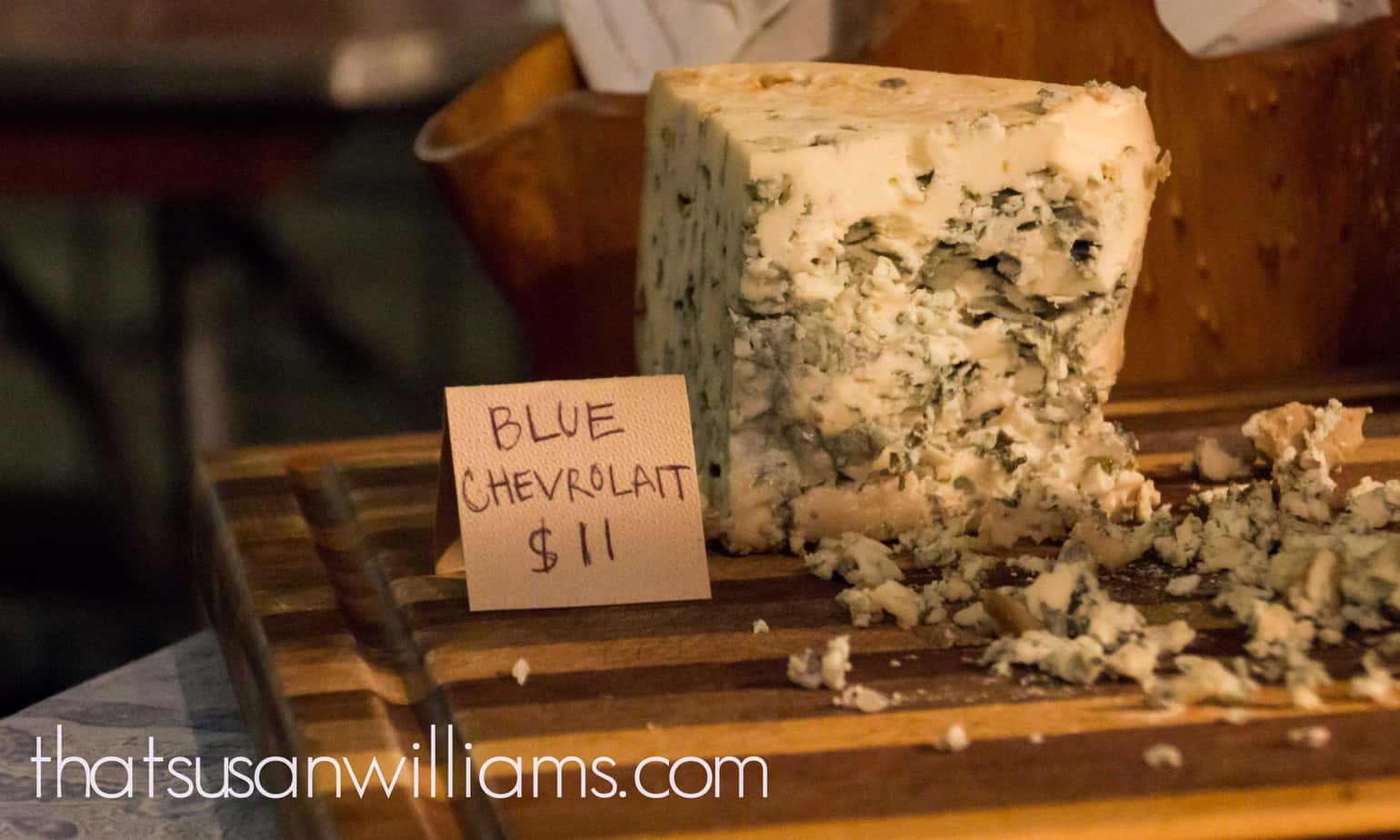 Who wants to go riding in my Blue Chevrolait? Lait, pronounced “lay” in French, means milk. Oh, the pun. It slays me!

Prodigal Farm is a 97 acre rural farm, in Rougemont, NC, co-owned by Kat, and Dave Krabbe. There, they make Kat’s wonderful, delicious chèvre (goat cheese).  Kat was a native of NC, who had moved to NYC to practice law. There, she met Dave, and they decided to move back to the area where Kat’s family lived, to pursue Dave’s longtime dream of farming.

If you’re familiar with the children’s book, If You Give a Mouse a Cookie, Kat and Dave and their Prodigal Farm’s story is quite similar to the plot line of that well known children’s book. When Kat and Dave started their farm,  they had some brambles that needed clearing. So they got a few goats to clear away the poison ivy and weeds. The goats turned the overgrowth into milk. Kat took the milk,  and turned it into cheese, and the cheese was good – very good! Because the cheese was so good, they decided they needed more goats. And once you have that many goats, you’re going to need a dairy to go with it.

My favorite part of their story is how humanely, and creatively, they care for their goats. Goats have a high need for shelter, and moving the goats from area to area on their farm keeps the pastures trimmed, and puts weight on the soil, thus aiding in conserving both soil, and water. To be able to meet the goat’s need for shelter, and their own need that the goats be able to be moved around, they came up with the idea of removing the seats from a school bus, and building ramps for the goats to ascend and descend.  Voilà! The goats are transported from pasture to pasture, and given shelter, guaranteeing that both the creatures and the land are well cared for.

They are extremely proud that their farm is Animal Welfare Approved. To quote Kat, “If you take care of the creatures, they will take care of you. 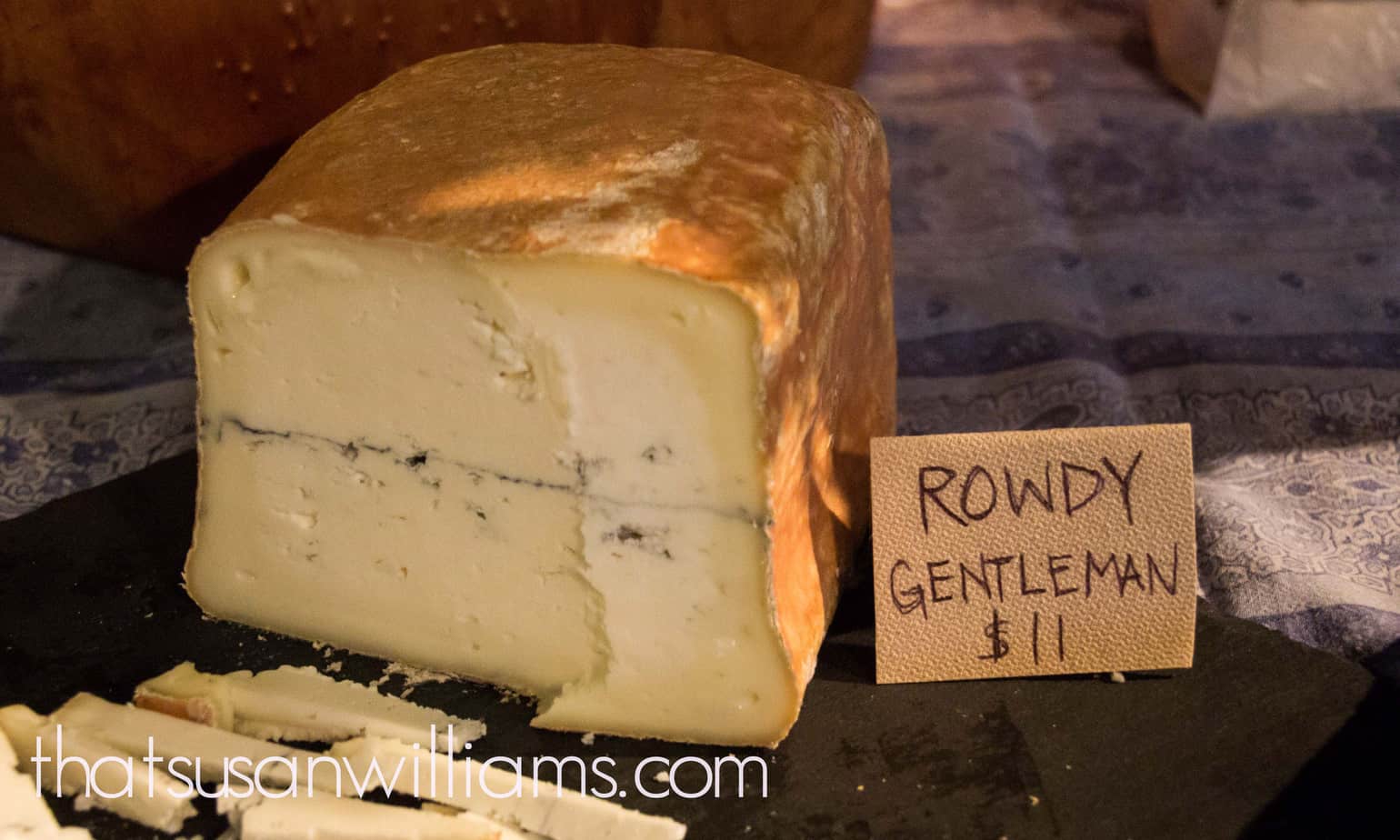 Rowdy Gentleman, a chèvre from Prodigal Farm, was one of my favorite cheeses that I tasted all day.

Keep an eye out for tickets to next year’s event. It’s sure to be bigger and better, as the city of Nashville continues to flex her muscles and grow as a culinary destination.

Your blog is a diet-buster, lady! I'm glad I don't have access to any of that food IRL right now ;-)

I got a giggle out of the goat-bus transport! :-D It sounds like delicious fare at the festival! Wish I lived closer!

I'm trying to picture the goats on the school bus, and that makes me smile.