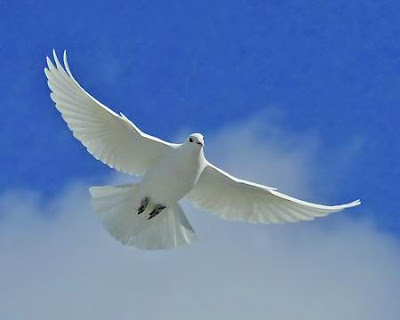 This morning, I read Acts 7, where Stephen becomes the first follower of Jesus who is killed for his beliefs. And I think I “got it” in a way I haven’t gotten it before.

Now, the action really starts in chapter 6. In verse 8 of that chapter, Stephen is described as a man full of God’s grace and power, who did great wonders and miraculous signs among the people. He must have been quite something: loving, and full of the power of God, to the point that God was working miracles through this man. I would have gone to see him. Would you?

But he ran into a little opposition from some of the “powers that be” of the day: men who were members of the Synagogue of the Freedmen. They list the cities these men came from, and some of them came from the province of Cilicia. The footnote in my Bible points out that Tarsus, where the apostle Paul was from, was in Cilicia. And when Stephen was stoned, many of the men who stoned him laid their clothes at the feet of Saul, so Saul (Spoiler Alert! Saul later becomes Paul after believing on Jesus) may well have been one of the ones who was resenting Stephen, and opposing him. Verse 10 says that these men could not stand up against Stephen’s wisdom, or the Spirit by whom he spoke. So, while we know that Paul was a passionate man, and a “Hebrew among Hebrews”, as he describes himself, what was it that Paul couldn’t stand up against? Stephen’s wisdom, and the Spirit by whom he spoke.

Which brings me to this question: What is it that brings people to Christ? It is NOT when we are better debaters than others. For it is the Holy Spirit’s job to draw men to Christ. And He is the One who gives power to our words. Even if, and sometimes, especially if, our words are simple. Have you ever experienced that? When someone makes a simple statement, but you feel it zinging home, straight into your heart? This is what the Holy Spirit does: He takes our simple words, or even our wise words, and gives them power beyond what they innately possess.

We make the mistake of attributing far more to ourselves than we should ever take credit for, in terms of how responsible WE are to affect change on another’s point of view. And we make the mistake of relying far less on the power of the Spirit than we should. If we could only catch a glimpse of how insignificant our words are, but how essential His power behind our words is, I think we’d be seeing things much more accurately. And I think we’d be praying for His help a lot more.

So anyway, these men from the Synagogue of the Freedmen persuaded some men to bring blasphemy charges against Stephen, in front of the Sanhedrin, the high court of the Jews. They accused him of blasphemy against Moses, against God, and said that he spoke against the temple and the law.”For we have heard him say that this Jesus of Nazareth will destroy this place and change the customs Moses handed down to us.”

Chapter 7 is Stephen’s defense before the Sanhedrin, and really, it reads like a Reader’s Digest condensed version of Genesis and the history of the nation of Israel, beginning with Abraham, and going to Solomon, and then on even to the prophets. And why does he do this? I think he is saying to the Sanhedrin, “I totally get and believe that God appointed first the tabernacle, and then the temple. David wanted to build it, his son Solomon ultimately DID build it. But what y’all don’t get is: (and this is verse 48 of chapter 7, by the way)

“However, the Most High does not live in houses made by men. As the prophet says:

‘Heaven is my throne,
and the earth is my footstool.
What kind of house will you build for me? says the Lord.
Or where will my resting place be?
Has not my hand made all these things?’

“You stiff-necked people, with uncircumcised hearts and ears! You always resist the Holy Spirit! Was there ever a prophet your fathers did not persecute? They even killed those who predicted the coming of the Righteous One. And now you have betrayed and murdered him.”

Here’s what Stephen was accusing them of: Y’all think this temple is so great and holy. Don’t you get that our own prophets have pointed out that God cannot be contained in a box? Or a house built by man, however grand, sacred and holy? You can’t keep God locked up in there, and limit how He moves.

And now, He has sent to you the promised Righteous One, and you’re STILL resisting the Holy Spirit by rejecting Him.

So, how do I apply this to my own life today?

Do I like the box that I have put God in? Do I view Him as resting there comfortably, and as long as He stays put and operates within the parameters that I have decided that He operates in, all will be well, and my life can roll along as it should? (But what if He makes demands on me that are outside my comfort level? What do I do about that?)

If I choose to put off thinking about areas where God is trying to get my attention, then am I not guilty of resisting the Holy Spirit, just like the Jews who stoned Stephen?

So, that’s my prayer for today, for me, and for you who might still be reading: that I, that we, would recognize God’s absolute uncontainability, His absolute sovereign power to do as He chooses, no matter what I think of it, no matter what limits I may have tried to put on Him. And that as I recognize His sovereignty, that He would indeed be the Sovereign of my life. The Ruler over me as I make choices and decisions. That I would in no way resist His Holy Spirit, but in fact, rely on His Spirit’s power to empower my words and my actions for the good of His Kingdom.