In my beginning, there was the newspaper.
And it was good.

The comic pages were my gateway drug into discovering good newspaper content. My enjoyment of the funnies led me to sampling the horoscope column, and I often checked to see if I’d be having a good day the following day, or if I needed to be wary.  (I laugh at my young self now, but as a child, I still kind of hoped the Magic 8 ball worked!) I branched out from the horoscopes to Dear Abby, where I learned that Abby was wise, and that there were a lot of clueless, gullible people out there who needed Abby’s sage advice. Now, maybe the horoscopes and Dear Abby weren’t exactly great lit-uh-ra-chuh, but in defense of the newspaper, it DID introduce me to some writers who were quite, quite good.

When I was still a little girl, through the newspaper,  I discovered the likes of Erma Bombeck, who became one of my favorite writers. Erma could make me laugh, or cry, all depending on the story she elected to recount that day, and I couldn’t wait to read all about it. She was the queen of “housewife” story tellers, and I could always count on her words taking me someplace worthwhile. Another of the newspapers’ gifts to me was the humor columnist Dave Barry. Nothing gave me more pleasure than going on a road trip with my husband, and reading one of Dave Barry’s columns aloud, in order to watch my husband crack up. It was, and is, a bonding and healthy thing to laugh together.

In the town where I grew up, there were originally 2 newspapers. The morning paper, the Gazette, had the larger circulation, and put more of a democratic political spin on its news and stories, while the afternoon paper, The Daily Mail, tended to put more of a Republican spin on things. The Daily Mail eventually went belly up.  The same thing happened here in Nashville: there was the Tennessean in the morning, which tended to be more Democratic in its political views, and the Banner in the evening, which leaned toward the Republican party. Until the Banner, also, gave up the ghost, and began singing with the Great Newspaper Choir Immortal.

But my point, in this little Bunny Trail down Memory Lane, is that back in the day, Newspapers Curated Our News.

Maybe some parts of it contained better quality writing than other parts of it, but what they offered us was a selection of things we might read, and food for thought on topics we’d find ourselves discussing with others, later.

And then, came the internet. And you know, of course, that people “vote” with their clicks, on which topics they’d like to further educate and/or entertain themselves. And with the almost endless world of information, and a veritable smorgasbord of things to read and entertain us out there, we have, in effect, became our own editors, our own curators, of what content we will choose to read.

There’s a story in the Bible that I’m reminded of: the story of Joshua and Caleb and the 10 Other Spies. When the nation of Israel was nearing the border of the land that they believed to be their Promised Land, the people suggested to their leader, Moses, that it might be a smart idea to send some spies over to check out this new land, and its terrain, its cities, its produce, and its inhabitants. Moses said, “Swell. Let’s do it!” and he chose 12 men, one from each tribe of Israel to go check things out. Upon the return of the reconnaissance party, which came back carrying one cluster of grapes so big, it had to be carried back tied to a pole that was carried between two men, (plus a bunch of pomegranates and figs) the land was good: a land flowing with “milk and honey”. (You know that phrase, right? It came from this story, which is recounted in Numbers, chapter 13, in the Bible)  “BUT,” ten of the spies said, “the people there are powerful, and the cities are fortified and very large, and we saw descendants of giants there!…We looked like grasshoppers in our own eyes, and we looked the same to them.”

Now two of the spies, Caleb, and Joshua, objected vehemently to the spin that the other spies were putting on their little trip into the land they’d been promised, the land they’d viewed together. They DIDN’T deny the facts. The facts remained the same. But their response was one of faith and trust, and quite frankly, one of vision and hope: “We should go up and take possession of the land, for we can certainly do it.”

Well, the majority won that day, and as a consequence for their lack of faith in God to fulfill His promise to them, rather than entering the land they’d been promised, they proceeded to wander around the desert for the next 40 years, until that entire doubting generation, except for Joshua and Caleb, had passed away.

So how does that story tie into what I was saying earlier about the newspaper and the internet?

It’s a simple tie-in to me. The newspaper used to collect and select the stories we read, and we often selected a newspaper that tied into our political belief system, if we could. That’s normal, and natural. We like to be proven “right” in our belief system.

But the newspaper is nearly gone, and most of us look to the internet for our news, and as such, we have become our own curators. A curator  is someone who “selects, organizes, and looks after the items in a collection or exhibition.”

I would challenge you: what kind of content are you collecting, or choosing to read? (The old saw, “Garbage in, garbage out” still applies.) And then, what part of  the content in your own”collection” are you choosing to share?

Is what you’re sharing polarizing our world? Is it building up resentment? Hatred? 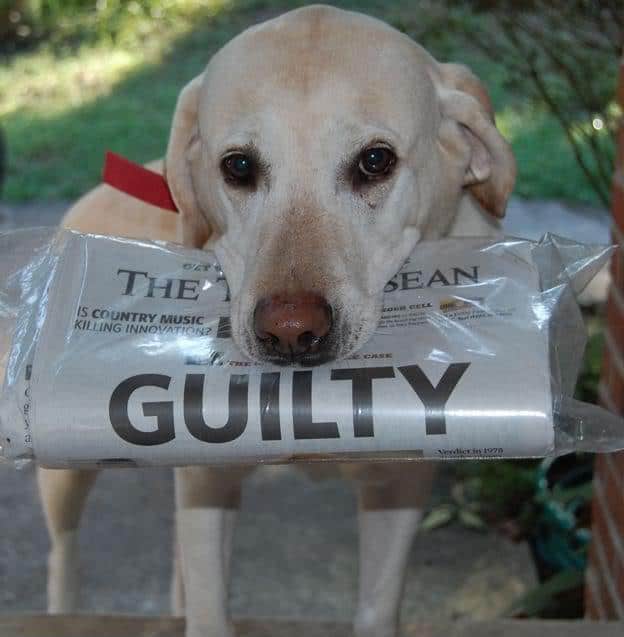 We ALL could use a little good news today. This might be it. Or not. Depending on your point of view.

Wrong behaviors and actions NEED to be pointed out. The world NEEDS to be changed for the better.

But is what you’re sharing denigrating to those whose beliefs are different from yours?

Yes, the world needs to change, for the better, but unless we pull together, in faith and love, and cease the name-calling and fear-mongering, we will motivate no one to work together.

To me, it comes down to treating other people the way we want to be treated. Human beings are worthy of respect, and of being addressed with love and kindness. Issues should be debated, absolutely! Wrongs should be righted! But love is what draws us, and makes us want to work together to fix those issues and right those wrongs.

Become the kind of curator that inspires, that draws people to work together for good.

I want to be a Joshua, or a Caleb. I want to inspire others to look at the world with vision, and with faith, and with hope.

DH and I had a similar conversation today in the car. Thanks for keeping things light and relevant - a spoon full of sugar helps the medicine go down.

Amen. You said it all. Funny thing, I've stayed off facebook reading because I didn't want to know anything or see anything about the red cups. I guess it comes down to who do you allow to rent space in my head. I need all the "light" and "happy" I can get. Great post, friend. My recent post How to Cook Perfect Spaghetti and My Favorite Spaghetti &amp; Meatball Recipes

Thanks, Angela! You have no idea how much your comment, and your share, mean to me! I really appreciate it!

I love this, Sooze!