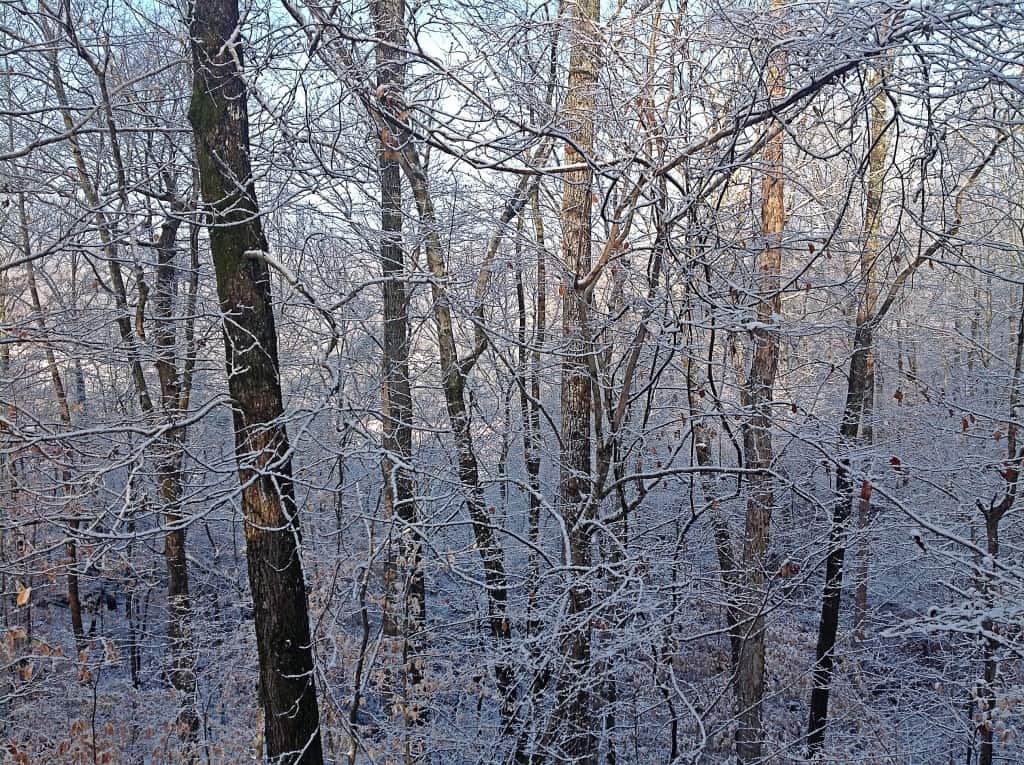 Even when you’ve experienced the icy chill of rejection, there is still light in the darkness.

Rejection is the feeling of being dismissed, devalued, or unwanted. If I were to ask you, “Have you ever felt rejected?”, would that trigger some thoughts, or a memory for you?

I’m guessing that since you’ve walked this planet long enough to have learned how to read and click the link that brought you here, that you’ve also probably experienced rejection on some level. Maybe it was rejection by a dear friend, or by a classmate, or a group of classmates who acted as bullies. Maybe it was through interaction on social media. Maybe it was by a colleague, or a boss. Maybe this rejection was dealt to you by a lover, or a spouse. Perhaps, it happened so early to you in your life that it almost feels like a part of your DNA, in that you believe you were rejected by a parent or parent figure.

Rejection is painful, and just how deeply we are impacted is dependent in part upon how deeply we were invested in a relationship with the one rejecting us. It can be so painful that it can stunt, or even paralyze us emotionally. It can leave us captives to fear, unable or at least unwilling to muster the courage to risk ever loving again. Some of us decide to never allow our hearts to ever be vulnerable in that way again. From that point on, we hold others at arm’s length, our porcupine hackles up, refusing to give anyone else that kind of power over us. It can leave us cowering, crouched down and curled up in an emotional fetal position. We may find ourselves questioning our own judgement, our intuition – that “gut” sense that we allow to guide us as we make decisions, due to our decision to trust someone who ultimately proved themselves to be untrustworthy.

And, if we’re smart, we take a look at what (if any) our own responsibility might have been in the downward spiral that led to this rejection. And that self-examination can lead to endless bouts of emotional tail-chasing, and self-recrimination.

Feelings of unresolved rejection can steal our joy, and even have a negative impact on our faith. We drag around the damage done in chains behind us.  In quiet moments, remembering the wound, our spirits plummet.

Talk about a buzz kill for the one who has set her heart on living the abundant life!

Jesus experienced rejection, in his time on this earth. The first chapter of the gospel of John tells us that while Jesus was in the world, that even though the world was made through him, the world did not recognize him. He came, in fact, to that which was his own, but his own did not receive him. He had every right to demand to be hailed as King. He had every right to expect not only acceptance, but grateful worship, and love from the inhabitants of the world that was created for His pleasure. Instead, he came humbly, as a man, a teacher and a rabbi, and experienced not only the cold shoulder of religious hostility, but found himself the object of murderous plots, hatched by the leaders of the very religion designed to worship and honor His Father in heaven. How great a rejection was that!

The book of Hebrews says this about Jesus: “We do not have a high priest who is unable to empathize with our weaknesses, but we have one who has been tempted in every way, just as we are.”

So, if you’ve been rejected…if you’ve felt that pain of being dismissed, and devalued…know that you are not alone. Your high priest has felt it, too. He knows what it feels like to have someone’s actions say, “And don’t let that screen door hit you on your way out”.

Rejection wasn’t the  ONLY response Jesus received while he lived on earth. In fact, at one point, He was riding quite the wave of popularity amongst the people. The crowds were following him, listening to him, talking about him, telling others about him, and He was quite The Golden Boy, in some circles. He was the New Kid in Town. He was, in fact, all the rage!

The gospel of John tells us that at one point, when Jesus was in Jerusalem for the Passover festival, that many people saw the signs He was performing and believed in His name. But it’s the next verse that grabs me: “But Jesus would not entrust himself to them, for he knew all people.  He did not need man’s testimony about man, for he knew what was in a man.”

I find that verse so fascinating. It’s telling, really. It says a lot about how Jesus comported himself, here on earth.

He drew His sense of self neither from the crowd who adored Him, nor from the Pharisees and teachers of the law who reviled Him.

That verse tells us that He knew what was in a man. As their Creator, who would know better, after all? What Jesus knew about us is that we are a fickle lot. We are easily swayed, running from this new thing, to that, and basically, a lot of that running around has to do with selfish self-interest. When it comes down to it, we tend to look for what will serve us.

So, if Jesus did NOT entrust himself to the crowd, where did He draw His sense of self from? It came from the Father, and from His relationship with Him. He listened, and believed, when the Father’s voice said, “This is my beloved Son, in whom I am well pleased.” He spent time, much time, we are told in each of the gospels, in prayer, talking with His Father. He listened, He heard, and He believed what the Father had to say about Him.

But What About ME???

So, those of us who have, perhaps, been listening to the wrong reports, to the wrong voices about ourselves, know this: there is nothing that the enemy of our souls would like better than to steal our joy and render us spiritually impotent.

If he can use rejection to achieve that goal, don’t doubt for a minute that he will do that very thing.

Don’t allow that! It’s time to silence the enemy by listening, hearing, and believing the One who IS trustworthy.

How do we do that?

We incline our hearts. We show up. I have a chair in a particular room in my house. I imagine, each morning, that the Father is there, waiting for me, extending an invitation to spend time with Him. He won’t get mad at me if I don’t show up. It’s not like that. He’s not like that. He’s the One who loves me even more than I love myself, and He wants nothing more than to share this journey of life that I’m on, with me. In that space of time, I incline my heart. That is, I tell Him, “Here I am. I’m ready to spend time with You, and I want to tell you about what’s going on. I want to hear Your voice, Your thoughts. I want – no, more than that – I *need* Your Holy Spirit to renew my mind. (And you don’t HAVE to have a chair, my friend. I’m just telling you what’s working for me, right now. A yelp of “Help!” can be just as good as a chair!)

Mostly, for me, this involves reading scripture and allowing the Holy Spirit to speak to me through it. There have been times when I have “heard” things that weren’t necessarily directly related to a particular scripture, but I knew they were words that came from my Good Shepherd, just for me, at that particular moment. That happens, too. But mostly, it’s Spirit-breathed scripture that is still breathing life into me, to this day, that renews me.

What helps me to grab onto the truths I’ve read is by praying them back in thanksgiving.  Like this prayer, which sprang from Ephesians 1:3-6 :

Thank You, Father, that You have blessed me in the heavenly realms with EVERY spiritual blessing, in Christ. Thank You that You chose me before the creation of the world. Thank You for adopting me. Thank You for the glorious grace that you have lavished on me. I know that I deserved not one bit of this, but You did this because it was Your good pleasure and will to do so. Help me to appropriate, to own, those spiritual blessings that You say are mine, today. Help me to draw from the well of Divine Love that I will doubtless need today, to love those who might behave in unloveable ways. Help me to tap into the perfect peace that Jesus left for me, the peace that passes understanding as I fix my mind on You. Give me that joy that fills to overflowing, so that the life that You have placed in me spills out into the world. May Your light shine in the darkness, whether I’m aware that it’s shining or not. I want to be in all ways pleasing to You. Thank you for Jesus, my Brother, whose sacrifice allowed me to be adopted as Your child. Thank You for the Spirit you sent to live inside me. Thank You that You are a loving Father, who will never leave me, nor forsake me.

Don’t let the enemy of your soul have the victory, my friend. Don’t let rejection, or perceived rejection, have the last word in your life!

Follow the example of Jesus, and entrust your sense of self to the One who loves you with an everlasting love. He is the One who will never turn you away, the One who calls you the apple of His eye, and the One who says YOUR name is written on the palm of His hand.

Take a moment to listen: to incline your heart toward Him.
Hear his invitation to walk with Him.
Believe the words of love He’s spoken to you.

Life-changing, world-changing words, they are.

Rejection doesn’t have to be the end of the story.

So glad to find your blog! We share the same name, but more importantly, we share faith in Almighty God! Blessings, Susan

As a woman of faith, I loved reading this. Thank you!

I have thought about this often how even as adults we want to be accepted and struggle with that feeling of being left left out. I love thinking on how Jesus Himself was rejected, but He kept his perspective right-- He was accepted by His Father, and that was what mattered. I need to have the same perspective. My recent post Thoughtful Thursdays: Life is a Vapor; Prioritize Relationships #linky

It put everything back into perspective when you talk about how Jesus was rejected. Nothing we could ever feel would compare to what he suffered. My recent post Donut Bites! Apple Cinnamon Mini Donuts

beautifully written!! thank you so much for sharing this!! I have experiences rejection at times, and it is encouraging to know Jesus when through it as well. When I was a Bible teacher we had a whole unit talking about how Jesus can relate to us in this way.