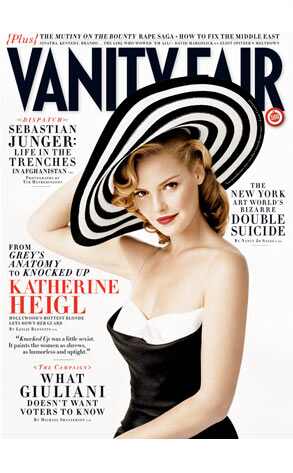 On the front end of telling this story: there will be no pictures of me. I’m just sayin’. The reason why will become apparent by the end of my tale.

And really, this is probably one of those “you had to be there” stories.

But I have been popping in to various stores, trying to find a formal dress for the Emmies. Did you like the way I casually mentioned that one?

My dear husband, the Big Bison, was nominated for a Daytime Emmy award, for a song he wrote that was used in an ad for the Today Show, called “There’s More Today”. Getting nominated for an Emmy doesn’t happen every day. And we’re pretty sure he hasn’t won, because his main competition is Kermit the Frog singing, “I Still Believe in Santa Claus”. How anyone could hope to win over Kermie and Santa is practically sacrilegious, so, we’re not holding our breath.

But, this Saturday is our 22nd wedding anniversary, and wow – how often do you get nominated for an Emmy? So, we’re going to LA at the end of the month for the Bison and Sooze’s Excellent Emmy Adventure, and we’re pretty excited about it.

And even though his award is NOT given out during the Sunday night televised portion (for which balcony tickets cost $500.00 each) but rather during the Saturday night too boring for TV portion, (called the Schlemmy’s by Kathy Griffin) we’re STILL excited about it! So, since it’s a black tie event, a dress must be procured, right?

So, yesterday, I took my dear daughter who is 11 years old shopping with me, and we went into David’s Bridal.

And may I say, the lighting in there just stinks.

I had tried on about 6 dresses, and let me tell you: there is a reason that most dresses end up on the Clearance rack. Know what I mean???

There was this one dress, that looked a little sleazy, but it was my favorite shade of fuschia, and I have learned that you have to be a bit of a risk taker when it comes to clearance racks, and sometimes you find the diamond amongst the rhinestones. So, with my dd waiting outside the changing room, near all the mirrors, I endeavored to try on the fuschia number.

I have chosen the word “endeavor” with some care, because this was no easy feat. There was no zipper. There was elastic and spandex involved. All the wriggling and shimmying I was doing caused me to break a sweat. Which made it even harder to get into. And I began to be reminded of sausage: as in, I was the meat and the dress was the casing. But it was such a becoming color! My very best color! And my dear daughter out in the waiting room had been pleading for me to try it on for the last 5 dresses.

Finally, I got it over my head, shifted and shoved various portions of me around within the tube, and slowly and cautiously opened the changing room door. I had no mirror within MY cubicle of a dressing room (Which store designer made THAT decision???) and there was (I am not making this up) a small multitude who had gathered outside my changing room door. Some family was fitting two of their teenage daughters in bridesmaid dresses, and they were ALL out there – the mother, the bride, the sisters, the sister’s friends, the nieces, the nephews, and several toddler boys, making airplane and truck noises, playing tag and crack the whip.

Things had gotten a little chaotic.

So, here I am, sheathed in a fuschia colored body condom, (with a big rhinestone studded Pilgrim buckle at the waist – like any self-respecting Pilgrim is gonna wear rhinestones OR fuschia) mincing along like Morticia on her way to dance the tango with Gomez. I was stuffed into that dress, and on display for the very LARGE family to ogle.

My dear daughter, who is very sweet, and very tactful, said, “Ooooh, Mom, that’s a beautiful color! But, um, I don’t think so. It’s just not….right. “

So, I minced à la Morticia past the Mongol hordes, back to my dressing room, excusing myself as I crowded past and between them, and closed the door, attempting to heave a sigh of relief. If only I could have breathed, I would have, too.

And then, I began to extract myself from the casing/body condom.

I made a little headway, and the sweat broke out again, as it began to occur to me that there was NO. WAY. IN. HECK. I was ever gonna get out of that dress. I simply could not extract a shoulder, nor an arm. Initially, I considered panic. But then, I got tickled at the absolute absurdity of the situation. And I started to laugh. And laugh. It seemed a better choice than panic. All I could think was that I HAD to have a pair of scissors to cut the thing off of me, NOW!!! But there was no way I was willing to pay money destroying the afflicting pink imprisonment device.

So, once again, I cracked the dressing room door, and called my daughter’s name, and thankfully, she heard me over the din of the two little boys who were by this time re-enacting the bombing of Baghdad.

I was not wearing, um, a brassière, since the dress was a strapless number, and I worried about asking her for help, remembering the oft-neglected Bible story of Noah and his sons seeing their father nekkid, and thinking that perhaps if she saw me she might be scarred for life, and require years of therapy. But kids: I was DESPERATE. So, covering myself as best I could, I apologized for dragging her in there, and begged for her assistance.

She helped me out with just a mild tug or two over my head, and out I popped, freed from my pink prison. She carefully and discreetly slipped out of the dressing room, while I got dressed. And as I was hanging the dress back up, I noticed the size on the label of the dress: SMALL. I can assure you, I am NOT a small.

Later, my dear daughter reassured me that she had seen nothing, and was NOT scarred for life, and we laughed our way out of the store.

I think you would look great in a bandage dress. You have the figure for it. Just next time try a medium!

What a great story to have recorded. Your daughter will love having that story forever. Happy SITS day!

I love it! Randomly, also, I love that your comment box asks "whatcha think?" Regardless, I have a HUGE fear of getting stuck in clothes in a dressing room (flashbacks to shopping at the UNITS stores when I was a child). And hey, who wouldn't want to wear a magenta condom to the emmy's? :) Happy SITS day!

Ahahaha, I have had many a stuck-in-dress scare! Love your description of the dance one has to do to extricate oneself!

A good story is in the details and yours are hilarious! So funny on so many levels. And so relatable - I've been there. only I didn't think to laugh - it would have helped. Sounds like your daughter is a dear too! And the Emmy? Did he win? In any event - congrats to him for the nomination.