I was on vacation last week when I first saw this picture. 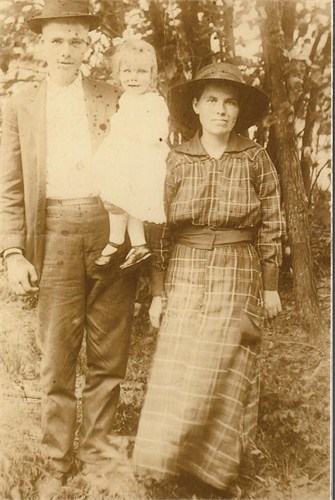 My grandparents, holding my mother, circa 1920.

I confess, it took my breath away. I had never seen it before.
It’s a picture of my grandfather, Jack, his wife, Rhoda, and their firstborn, an adorable little girl, who grew up to become my mother. It was probably taken somewhere around 1920, in a little town near Tompkinsville, Kentucky. It moved me deeply, primarily because I have never, ever seen a picture of my Mom as a little girl.  It triggered a flood of emotion inside of me, and a whole lot of rumination.

My first realization was that I’m oddly ashamed that I don’t just somehow, inherently, know more of what my mother’s world was like when she was growing up. I must have assumed that because we are bound by blood, and tied by the intricacies of our genetic code, that because I lived in the same house with her for 20 years, that I know my mother.

But what this picture said to me was, really?? Not so much.

Even since her death, 25 years ago, my thoughts about her have been fairly limited to what I already knew.”Who my mom was” was contained in a box of memories, in storage in my brain. That box contained my own memories of her, plus a few more stories told to me by others, but I had really only known her when she was an adult.  How incomplete a picture that might be, was not really something I thought about.  Of course I “knew” her! She was my MOM, for crying out loud!

I knew her as the mom of four children, and the wife of one man. She was a lovely, loving, much admired woman. She was Mom.

And since she’s been gone for such a long time, I have no way of rectifying my own deplorable lack of curiosity, either.

It happens that I first saw this picture when I was sitting in the waiting room of a “spa”, (and I use that term loosely: it was a storefront in a strip mall shopping center at the beach), checking Facebook on my iPad, while waiting for a massage appointment. I glanced at my Facebook feed, saw that my sister had posted this picture, and audibly gasped. Never had I seen a photo of my Mom as a little girl. Never had I seen what her parents looked like as young people.

And I realized at that moment that she was almost iconic to me: an image. Not a whole person. She was the one who enforced naps, who told me to clean my room, who cooked me wonderful meals, who sewed me dresses, and who later told me to do my homework and when to be home. But to picture the grown woman that I knew, not as a woman, but as a toddler, lovingly held in the arms of her Daddy? To picture her as the cherished little girl being dressed up in her Sunday best  for the special sitting with the photographer? Well, those kinds of thoughts had never been factored into the equation that I thought equaled “Mom”.

I studied the picture, gobsmacked, until I heard my name called for my massage. The lights in the massage room were low,  and soft background music was playing. The masseuse began the process of giving me a particularly weak-wristed massage,  and I lay on the table and thought about Mom. I now had a clear and historically accurate image of my mom as a little girl. And sadly, in one of the relatively few moments I have done so,  I thought about mom as a person. A whole person.

In that darkened room, I lay in an almost dreamlike state, imagining my Mom’s life as that little girl. There she was,  the firstborn of that attractive, but poor young couple from the backwoods of Kentucky. The daughter of a man who was a sharecropper and a moonshiner. The firstborn of five, (not counting the baby brother who died), who grew up poorer than poor, whose impoverished community was heading toward the economic knockout blow of the Great Depression. I thought about the little girl whose future, to the untrained eye, might have looked devoid of hope, but who yet somehow managed to rise above all her gloomy prospects. (And I recognize that her “rising above” might have been due, in part, to getting out of that small town, by joining the Women’s Army Corps.) 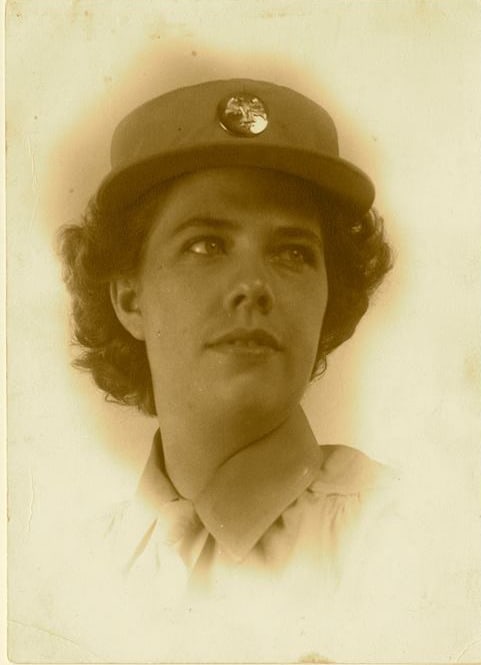 While I was lying there, an instrumental version of a hymn began playing. It was a hymn that I haven’t heard since I was probably 6 years old, sitting on a hard wooden pew, in a little country church in West Virginia, right beside my beautiful mom, the preacher’s wife. She was also the lady who covertly slipped me sticks of Doublemint gum, so I could occupy myself during the sermon with peeling the foil off the parchment paper wrapper. I remembered sitting there listening to Mom’s pretty alto voice singing that hymn, “Beautiful Isle of Somewhere”. Hearing Mom sing harmony taught me how to listen for and sing it, too. The lyrics of that particular hymn point to how beautiful heaven will be. And as I understand things, that Beautiful Isle of Somewhere was where my mom was, as I was lying there thinking about her. And if she was aware of what I was doing at that moment, she was probably  wondering why I was wasting $50.00 on a do-nothing massage.

My mind wandered then to my mom’s mom, having seen her for the first time as a young mom in that picture. I thought about how very hard her life in that small southern town must have been.  I thought about her little girl, my mama, growing up in such deep poverty. And I wanted nothing more than to hug and kiss that little girl, who came up through such hard times. I wanted to tell her how much I loved her.

At that moment, as I imagined embracing that little girl, I felt like I also metaphorically embraced my mother as a human being. Not just the woman who ended up being cast in the role of “my mother”. But embracing her as a whole human being.

Am I the only one who has grown up with this deplorable lack of curiosity in regard to knowing my parents as complete human beings?
Each of us starts out life as somebody’s child. Isn’t it common for children to suffer from that lack of curiosity about the lives of their parents? 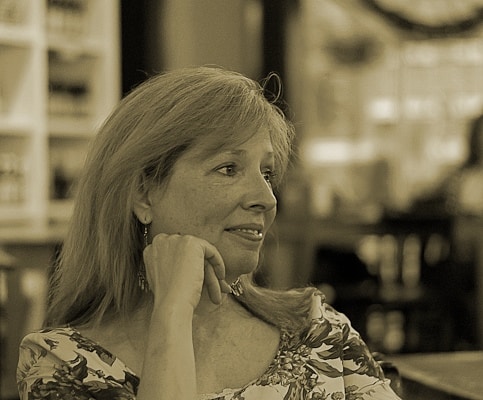 I’m writing this post on my daughter’s 16th birthday – which probably has a lot to do with the somewhat morose tone of the post. 🙂

I treasure my daughter, more than words can say. She is the joy of my heart.

I remember the days when she was a little girl, her hand tucked inside of mine as I guided her through a potentially dangerous parking lot. I remember her burying her face into my shoulder when a stranger greeted her, and she felt shy. I remember being the treasured, adored one in her life. The one she ran to, to show the beautiful flower she had picked. The one she cuddled with in the rocking chair at bedtime.

But she’s deep in the throes of adolescence, now: hurtling toward adulthood at the speed of light. My days of being the adored center of her world are gone. She is on her own quest now, looking for who she will be as person. Although we still talk a good deal, I know that some parts of her life she holds back from me. I know this. And as the mom of a teen, I know that there are pieces of wisdom and good advice that I have shared with her that she is ignoring, or will ignore. That’s what teenagers do.

There are things that life has taught me. There is pain that I would save her from. I really was her age, once.

But I’m not so much a whole person to her, right now, as I wish I were. She doesn’t really hear my words in the way that I wish that she would.

Right now, at this stage in her life, I’m more a set of boundaries. Sometimes I’m even a force against which she must push back: the barrier that separates her from the freedom she seeks.

I wish she could see me as a whole person.

I once was a little girl, who grew up, who had things that made her smile, and games she liked to play, and special treats she loved to receive. I napped, cried, worried, and sang. I had adventures, and misadventures. I attended school, and I had friends. I worked hard, and procrastinated. I lived through unrequited love, and cruel rejection by untrue friends. And I learned a valuable thing or two along the way.

But my daughter seems to also suffer from the exact same trait I mentioned possessing earlier. It’s a trait that humanity has passed on to her: that sad, sad lack of curiosity, that would perhaps allow her to view me as more of a whole human being.

Here’s what I wish for my 16 year old daughter:

Because I long for that girl to have roots, and wings. 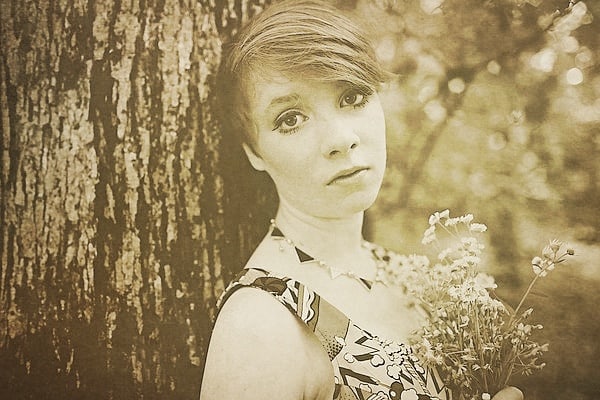 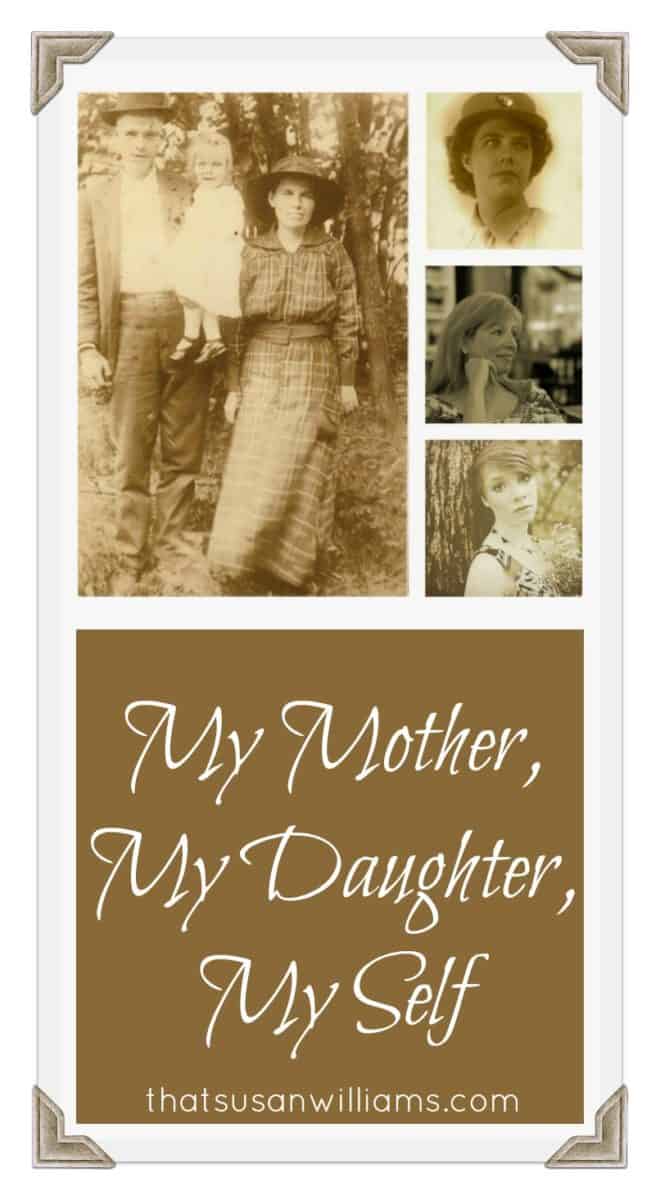 Great read Susan. Mothers are the best and you always assume you will have more time with them. Later can too often be what we think. It is almost Mother's Day so it is a great time to say "Now."

ABSOLUTELY, Scarlet! Could not agree more!!!

I've had the same feelings, coming across a picture of my Mom as a little girl. I knew she had a tough childhood in Boston, but as you asked about your Mom, what were her favorite foods? What did she love? What were her favorite games? My mother is still alive and I should ask these things. Thank you for the reminder.

What a great post about your mom. I lost my mom in 2004 and every time I see a picture of my mom when she was young it triggers so many memories and questions too. Questions that I wish I had asked her when she was alive. Thanks for sharing your mom's story.

Beautiful! I remember when I saw my grandma as a mom and not just my grandma. She cried when my uncle surprised her at an anniversary party for my grandparents. I had the same "aha" moment as you. Your post is a wonderful tribute to the women of your family!