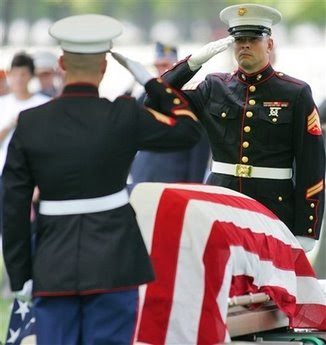 I have a dear friend, and her name is Big Nance. We’ve been friends from our first class together in graduate school. We bonded as we laughed ourselves silly over the inanity of a particular professor of a statistics course we were taking. He was a professor in the Counseling department, and teaching statistics was nigh unto the polar opposite of his personal makeup (not that he really WORE makeup, you understand…At least, not to my knowledge…). The man would take the purely objective science of mathematics and attempt to turn it into something subjective: “Well, sure, um, uh, the uh, statistical mean, um uh, would be about 6, but, um, uh, how’re you feelin’ about that?”. Oh, yes, and another favorite quote, “So, er, um, uh, hummatah hummutah, hummutah, boogitah, boogitah, boogitah, standard deviation…” Stimulating class. Positively mind blowing.

Anywho, Big Nance and I became Big Buds (I was known as Big Sooze). And our friendship has lasted well through the years. Twenty five years, this year, come to think of it.

Four years after I’d moved to Nashville, and five months after I’d married the Big Bison, my mom was diagnosed with a brain tumor. The first weekend that we learned of the diagnosis, the BB and I made the 7 hour drive home to WV to see Mom. Things looked awfully grim, and the biopsy showed that the brain tumor was virtually inoperable. That at best she could be bought an extra 6 months, and that would be filled with chemo and radiation and a lot of suffering. Now, my Mom was the most gentle woman you’d ever meet, but inside her velvet exterior was a spine of virtual steel. She was an extraordinary combination of gentleness and strength, who had walked faithfully with the Lord all her life. So my family made the decision together to let Mom go on home, without radical treatment, to the Savior she had served so faithfully for 69 years. But really, we didn’t know how long Mom had. Maybe a month. Maybe two. So I left WV, and went back to my job in Nashville, leaving Mom in the hospital, being attended by my Dad, my sister and my brother who all lived in town.

The next weekend, I wanted to get back again to WV to see Mom. The BB stayed home in Nashville to work, and so my pal Big Nance volunteered to make that 7 hour drive home with me to WV, just to keep me safe and sane. I still marvel at the love in action my sweet friend showed me during that dark, awful time. I was numb with grief and fatigue, but Nance kindly rode along, keeping me on the highway and out of the ditches. When we got there, I went straight to the hospital room, where I took the night shift. And, again, Nance volunteered to stay with me. As the night wore on, the nurse told us that Mom’s breathing had changed, and that it was likely that death was imminent. We called Dad, and with Dad and me by her side, suddenly Mom’s pale, ice blue eyes came open. I told her I loved her, and that it was OK to let go, and Daddy told her what a good wife she had been, and how much he loved her, and with that she closed her eyes, and breathed her last. I have never felt the presence of the Lord more keenly in the room with me than I did that night. And bless her heart, Big Nance stood by and discreetly witnessed our terrible loss, and suffered with me. We went home, and after a few hours of sleep, Nance began helping us make lists (a skill she possesses at a level far above the rest of us mere mortals), and organizing the kitchen, and washing the dishes, and just generally doing what had to be done.

What a friend in deed was my friend Nance, when I was in need.

Well, this morning, I had the privilege of attending a memorial service to say goodbye to Nance’s Dad, Big Joe. Big Nance, who does happen to be tall, comes by the moniker “Big” quite honestly, for Big Joe was a big guy, and a man among men. Whenever I was with him, he seemed to me to be a great big handsome growly old bear with the softest of hearts, and with a constant twinkle in his eye. And this morning, I witnessed some beautiful tributes that were paid to him by others who knew him better than I. Joe served as a Marine in the Korean War, and one of his fellow Marines, who pulled him to safety when Joe was wounded in battle against the Chinese, wrote perhaps the most moving tribute. Joe’s buddy hailed him as a man who demonstrated by his life the motto of the Marine corps and the aspiration of every good Marine: Semper fidelis. Always faithful.

And as the pastor prayed the closing benediction over the congregation, he prayed a prayer that cut me to the heart. “Lord, we commit to you the soul of this man Joe, the man who always tried to be faithful. We commit him into Your hands, Lord, into the hands of the One who IS always faithful.” And my little charismatic heart wanted to jump up right there in the middle of that quite respectable Presbyterian congregation and holler out, “Yes, Lord!!! Glory!!!”

For really, as wonderfully warm, and loving a man as Big Joe was, and as gently sweet but stronger than steel as my Mom was, who among us really IS Semper Fi? Truly, always faithful? In the words of an old hymn, “No, not one.”

Still, I just wanted to say, that in the case of my dear friend Big Nance, the daughter of Big Joe, the apple doesn’t fall far from the tree, dear one. Semper Fi, my friend.

What a blessing you and Nance are to each other! Thank God for faithful friends!

Beautiful post, Susan. Made me cry, but also reminded me of the importance of good friends.

I had forgotten that you were there with her; how I wish I had been. Thank you for remembering the moment and sharing it so beautifully. She would be proud of what you wrote today.

I needed to read this. Thank you sweetie.Whee

Somehow, I have learned more about the faithfulness of God at funerals than anywhere else. Good word today, Susan. Thank you.